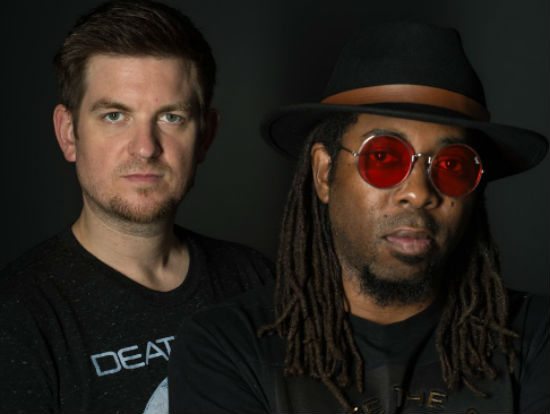 Percussionists Robert "Sput" Searight and Nate Werth continue to make a name for themselves outside of their work with their GRAMMY Award-winning band Snarky Puppy. As the drum duo, collectively known as Ghost-Note, gear up to release their second album, they keep the rhythm going by dropping the title track, “Swagism.” The single, featuring keyboardist Nigel Hall, is chock full of funk goodness and is sure to get you on the good foot. While the percussion provides the pulse and is certainly the highlight of the track, the keys, horns and guitar sections add punctuation with sickening precision. A soulful collaboration between many gifted musicians, the track remains clutter-free and delivers a stone-cold groove.

Ghost-Note grew out of Searight and Werth’s desires to create something of their own, taking percussion out of the shadows and allowing their collective, rhythmic voice to bask in the spotlight. They describe their sound as “conscious funk,” consisting of a rotating cast of core musicians while the bandleaders set the ever-expanding tone. Their debut album Fortified introduced the world to their unique approach and featured a number of gifted musicians including fellow Snarky Puppy player and keyboardist Shaun Martin, vocalist N’Dambi and guitarist Mark Lettieri, among others.

For their upcoming project, the duo solicited the talents of a fresh set of tremendous musicians such as guitarist Raja Kassis, spoken word artist and author Prudence the Auset Sneed, saxophonist Kamasi Washington and guitarist Brandon ‘Taz’ Neiderauer. The album is said to capture “the entire Ghost-Note experience, tying everything together in the same way it evolved – as a family, as a multi-cultural band of humans that fully embraces the time they spend together and their common goal, complete with reflection on the times we live in.”

Get your entire groove on when you listen to Ghost-Note’s “Swagism” right now. Swagism the album is due out on April 20 and is available for pre-order on Bandcamp, Spotify and iTunes. Take a look at the dates for their 10-city Spirit Of Rhythm Tour, which finds Ghost-Note hitting the road this April alongside Seattle’s Polyrhythmics, and follow the dynamic duo on Facebook, Twitter and Instagram.