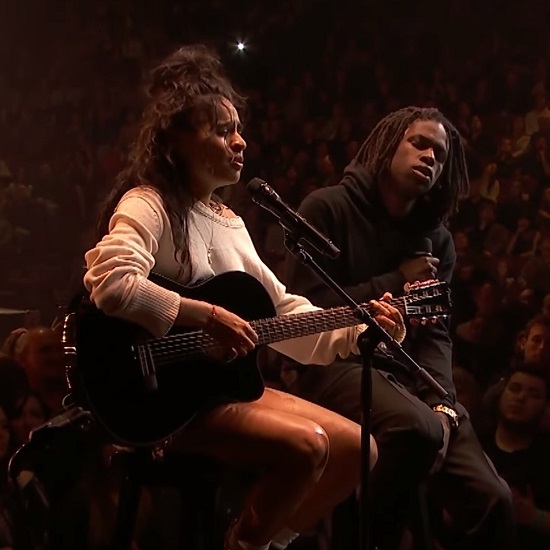 From rap to jazz and everything in between, Canadian musicians have become a permanent fixture on our playlists over the past decade – and just this past weekend, a few of our faves walked away with the nation's highest music honors at the 2018 Juno Awards. Daniel Caesar's superb full-length debut, Freudian, earned R&B Soul Recording of The Year while newcomer Jessie Reyez (who blew us away during her too-brief performance at the 2017 BET Awards) received the Breakthrough Artist of the Year award thanks to her own debut, Kiddo.

The well-deserved recognition was undoubtedly a highlight in the careers of both artists, but for fans, the "best part" (pun intended) of the event was the world premiere of their duet, "Figures, a Reprise." The song is a rework of Reyez's breakout hit "Figures," which details the emotional rollercoaster of loving someone who just won't do right. The addition of Caesar provides added depth as we now get to hear the other side of the story. Not to mention their soulful voices, both brimming with heartache, are irresistibly good together.

Stream the studio version and peep the equally incredible Juno Awards performance below, then add "Figures, a Reprise" to your playlist by downloading the track. You can catch both Jessie Reyez and Daniel Caesar at some of this summer's biggest festivals including Bonnaroo and AFROPUNK Brooklyn.


TAGS:  audio, Daniel Caesar, Jessie Reyez
Previous: Abiah Gives Us ‘More And Then Some’ With His Nina Simone Cover & Tribute Album Next: SoulBounce Exclusive: The Pendletons Are ‘In The Mood’ To ‘Funk Forever’