Kali Uchis & Tyler, The Creator Bring Their ‘Storm’ To ‘The Tonight Show’ 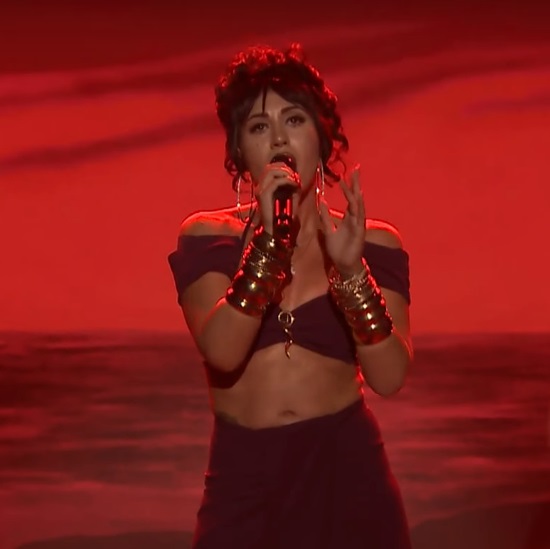 Kali Uchis has been bubbling under for quite some time but now it looks like its finally her time to shine.  The Colombian-American singer, who has been featured on GRAMMY-nominated hits, is ready to drop her debut album next month and took to The Tonight Show Starring Jimmy Fallon to announce it and perform her current single "After The Storm."

She took the smoke-covered The Tonight Show stage in front of a tropical backdrop along with two backup singers clad in glittering dresses. As they swayed along to the funky track, Kali stepped front and center in a seductive, midriff-baring outfit as she brought the song to life with some help from The Roots. She kept things quite captivating with her sultry performance, only taking a backseat when guest rapper Tyler, The Creator came out to drop his bars before quickly exiting stage left to allow Kali her shine. It was a solid outing for the singer, who's only previously appeared on late night TV in support of other acts. The only thing that possibly could've made things better is if the song's other featured guest, Bootsy Collins, had also made an appearance as well.

Kali Uchis' full-length debut, Isolation, will arrive in stores on April 6th. Check out her and Tyler seducing The Tonight Show audience in the clip below.