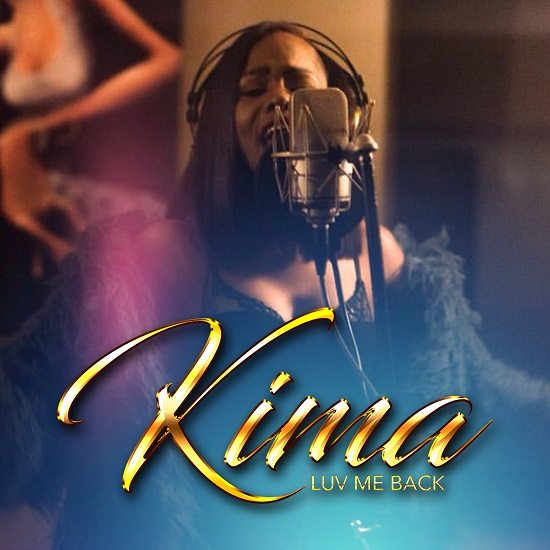 This year marks the 20th anniversary of Bad Boy girl group Total's last album, Kima, Keisha & Pam. In the years since, the ladies have reunited on stage and Pam Long even dropped her own solo single. Now comes the time for another Total member, Kima Raynor, to test out the solo waters. Raynor, who's going by simply Kima these days, hops back on our playlists with her latest single, "Luv Me Back."

"Luv Me Back" tells what perhaps might be an all-too-familiar story for many women who are searching for Mr. Right. "I guess I messed up / And fell for a picture so perfect, I thought
it was real / But I couldn't tell..." she sings as the song opens. However, it turns out that what looked perfect never actually was. Kima has a rude awakening by the song's chorus, with her recounting her mistakes, singing, "I thought if I gave my all / That he was gonna love me back / And I thought it was OK to fall / 'Cause he was gonna love me back." Helping her tell her story is mid-tempo R&B production filled with sentimental chords, synth stabs and fluttering piano accent. Not foregoing Total's roots, it's also kissed with just a bit of hip-hop flair with the addition of stuttering hi-hats and a bit of kick drum knock for good measure.

"Luv Me Back" looks to be the first that we're hearing from a potential solo album that's in the works. "Although Total's last album was released in 1998, we never stopped performing throughout the years," Kima said in a press release about her solo venture into the spotlight."Each time I hit the stage, I was reminded that my heart and soul truly belonged to music, so I'm finally back in the studio and I couldn't be happier!"

Check out Kima's debut solo single below and keep it locked on SoulBounce for more details about Kima's return.