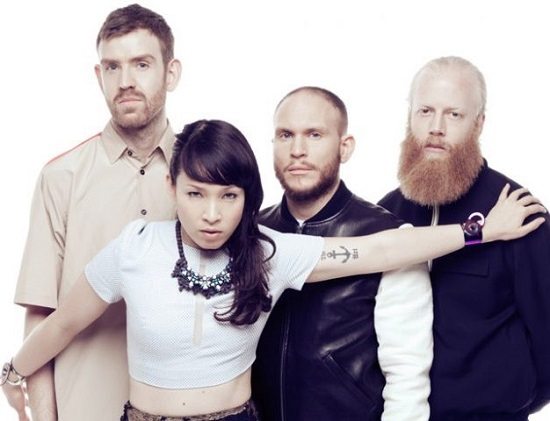 We're starting to think Little Dragon should change their name to Sly Fox, because they have been sneaking up on us with the best surprises since the year began. In January, they revealed plans for a mini North American tour and February brought some unexpected newness with trippy ballad, "Sway Daisy." Now here we are in March and they've done it again, dropping yet another loosie called "Best Friends." Not that we're complaining...at all.

The quartet delivers '80s vibes galore in the bubbly, synth-pop ode to friendship. But don't let the snappy drums, wavy keys and syncopated bass line fool you, this dance track isn't quite the happy tale the title suggests. Yukimi Nagano's magnetic vocals pull us in as she sings about the good and bad times of now-stale friendship. Recalling her childhood in Japan, she admits, "You were my only friend." When she moved to Sweden, they "would write letters," but distance takes its toll on any relationship. By the time she goes back to visit five years later, they had become "strangers with some history." How sad. She almost seems resigned to that fact that they'll "never be quite the same," but in a moment of vulnerability, admits, "I wanna be back again."

Can this friendship be salvaged? Listen to "Best Friends" below and think about how you'd handle it. Download this song, as well as "Sway Daisy," via iTunes. Both tracks, which feature artwork by Yukimi's father, Yusuke Nagano, will be available together as a double-sided blue vinyl 12" on April 20th. The collector's item will also include instrumentals of each song and is currently available for pre-order. While you wait, visit their website for tour dates and ticket info.