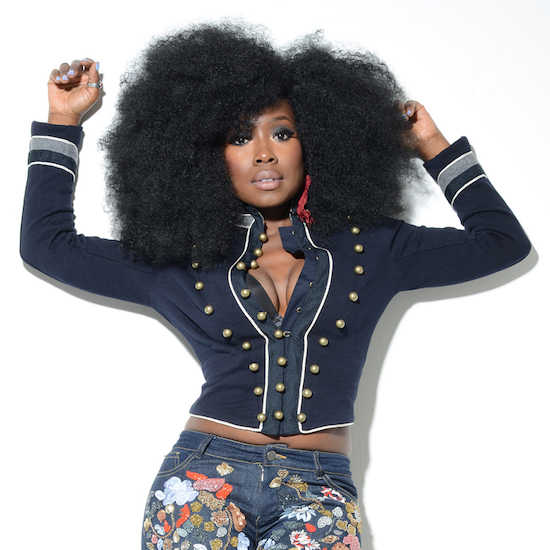 Singer Kameelah Williams, commonly known as Meelah, is back and continues to branch out on her own as a solo artist. The former lead vocalist of the platinum-selling R&B trio 702 has released a mid-tempo groove entitled “Desert Love,” giving eager fans a taste of what’s to come. The spicy single tells the tale of love gone bad and fits perfectly into the sound of today’s R&B with Meelah’s trap-style cadence. Her signature tone sounds as good as ever as she sings, “Now I want that old thing back / When it was good and it was great, but you ain't got it like that / Yeah, I’d take that old thing back / If it was good and it was great, but you ain’t got it like that,” on the chorus, telling it like it is to an ex.

“Desert Love” is a teaser track that is sure to excite fans as Meelah gets ready to release her as-yet-untitled debut solo album. The project is due out later this year and will be released under Musiq Soulchild’s independent record label SoulStar Music Company and eOne Music. Though she embarked on her solo journey back in 2011, she’s managed to stay on the tips of everyone’s tongues by starring in the third and final season of R&B Divas: Atlanta and releasing music including her reply remix of Drake’s "Hotline Bling" and her 2015 single "Stupid in Love." About her highly anticipated album, Meelah says, “Timing is everything. Releasing a project has been a long-awaited moment for me so when SoulStar Music Group approached me I was truly humbled and excited to record my debut solo album.”

We applaud Meelah's perseverance and are happy that she never hung up her mic. Give "Desert Love" a spin, and you might just find yourself reminiscing about an old love you don’t want anymore. While there’s no official release date for her debut album, you can purchase her latest single from your choice of digital retailers and add it to your “Boy, Bye” playlist. Keep up with all things Meelah by visiting her website and following her on Facebook, Instagram and Twitter.