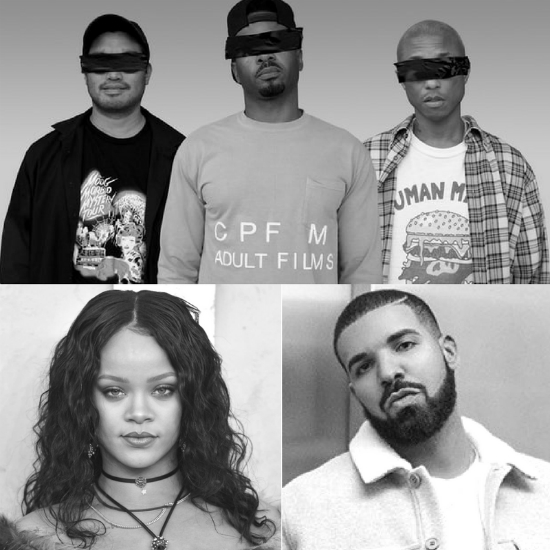 Drake wanted to get in on what N.E.R.D. and Rihanna started with their track "Lemon," so what better way than with a remix. Pharrell Williams premiered the track during a guest mix on OVO Sound Radio on Apple's Beats 1 Radio over the weekend. Champagne Papi joins in on the fun to add his own verse to ensure the song gets a longer shelf life.

Pharell and company let Drake talk his game in the beginning of "Lemon," as he starts with the track's signature lyric, "I get it how I live it." With the pulsating beat in the background, Drake raps, "I pull up in a lemon / Blocks get to spendin'/ Money 3D printin’ / Never had a limit / Never been religious / I just always had opinions / My daddy taught me listen / You better get some money and not die or go to prison." The single reverts back to its original version, with Rihanna taking the baton and N.E.R.D. closing it out.

Since N.E.R.D.'s return, the group has been on the TV and festival circuit after releasing No_One Ever Really Dies last December. While the group is releasing tracks slow and steady, so far we've been gifted "Lemon" and the protest-inspired "1000." You can purchase the new "Lemon" remix from your favorite digital retailer and listen to it right here. After you press play, let us know if N.E.R.D. and Rihanna should've kept the single to themselves or if Drake's verse aids this "Lemon."