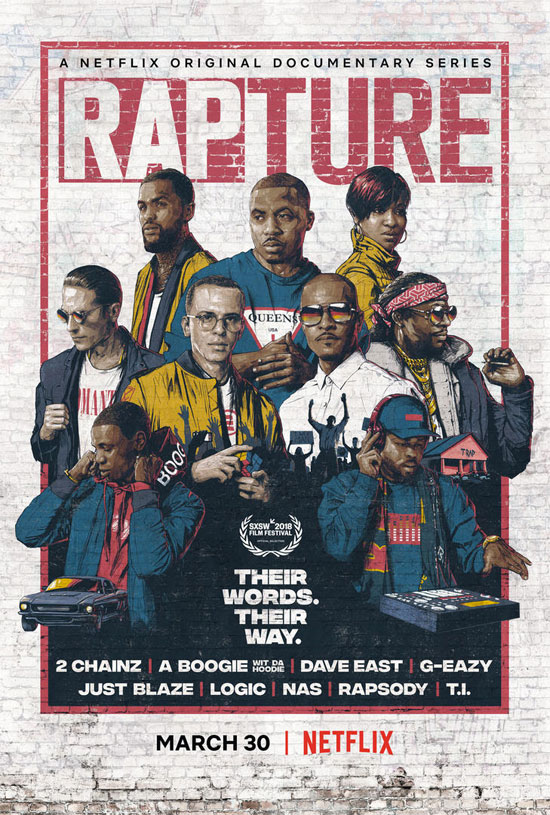 Netflix is collaborating with urban culture curators Mass Appeal to produce an original hip-hop documentary series, Rapture. The series promises to shine a light on the world of hip-hop without blinking. We first learned about the potentially groundbreaking series at the top of the year with a pretty provocative trailer. Now Netflix has released trailers for the first two episodes that have us even more excited for the series.

The first trailer focuses on living legend Nas and upstart rapper Dave East. We get footage of Nas through the years, as well as him passing the torch to the new guy. We see scenes of the rappers with their families, on stage and, of course, on their endless everyday hustle.

Speaking of hustle, the second trailer showcases the King of the South, T.I. in all his glory. No stranger to danger, the trailer not only give us glimpses of his “Family Hustle,” but the rapper also talks about his real life struggle of going back and forth to prison. In addition, we also see T.I. trying to be a better person, mentoring youth and engaging with community leaders such as Auntie Maxine Waters, Harry Belafonte and others.

The eight-part documentary series will premiere at the SXSW Film Festival  this Saturday, March 17th, at the Paramount Theater. The series will officially premiere on Netflix on Friday, March 30th. Trailers for 2 Chainz, G-Eazy, Just Blaze, Logic, Rapsody and A Boogie Wit Da Hoodie's episodes are forthcoming. For now, peep the trailers for the first two episodes below and prepare to get your hip-hop binge on when Rapture is available for streaming at the end of the month.