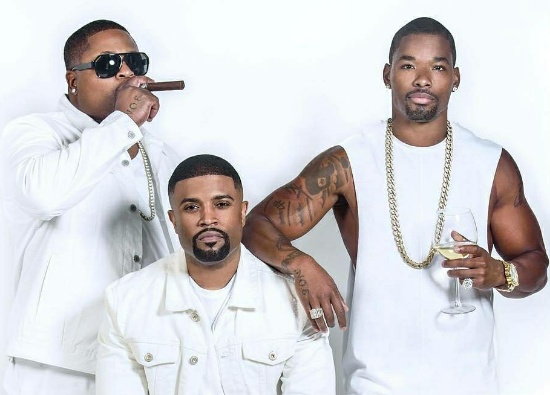 R&B trio Next have been creeping up on a comeback since 2016. That year the group reunited and started getting busy in the studio. The first new joint that we heard from Raphael "Tweet" Brown, Terry "T-Low" Brown and R.L. Huggar found the fellas riding the wave of the #UNameItChallenge that was everywhere that Thanksgiving with their slow jammy jam "U Name It." The tongue-in-cheek bedroom banger made us hungry for a plate and for more from Next who still sounded mm-mm good.

Although they were rumored to be releasing their new album Next Rated in 2017 to coincide with the 20th anniversary of their debut Rated Next, last year came and went without any new music from the group. However, now fans can rejoice because they have finally released a new single "Want It," and the extended wait has been worth it.

Next takes us back to the bedroom for "Want It." The song begins with T-Low crooning about waking up at 2 a.m. to some sexy pics from his lady on his phone over slinky synths and trap drums. That's his cue to get over to her place quick, fast and in a hurry. R.L. slides in to echo that sentiment. "Cause you the type of girl, that'll have me do anything to get to you / You the type of girl, that'll have me drop everything to be with you / If you want me to," he sings to let her know that she's got him whenever, wherever and down for whatever. There's just one questionable moment when T-Low sings, "And giving you all of this Jell-O pudding pop like I am Cliff Huxtable," but despite that cringe-worthy line the rest of the song works for when it's time to put in work.

R.L., T-Low and Tweet have gotten the job done with "Want It." The guys still sound great together, their harmonies are airtight, their voices are still intact and the song is modern with throwback '90s R&B appeal. There's still no update on Next Rated, but after dropping this single we sincerely hope that they don't keep us waiting too much longer for more heat where this came from.