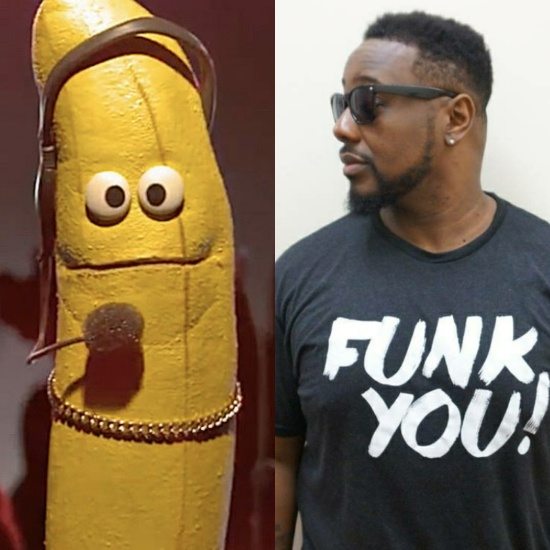 Sesame Street, everyone’s favorite children’s program, has featured numerous R&B and hip-hop stars over the years, giving us high quality edutainment for the youth and those young at heart. Everyone from Pharrell to Janelle has paid a visit to the block. Their latest project that has us buzzing is Elmo’s Food Rap Battle, a YouTube series where the infamous red furry friend has to choose between two foods. Previously, Elmo’s Food Rap Battle saw match ups such as Carrot vs. Sweet Potato and Cereal vs. Oatmeal. The latest battle, Apple vs. Banana has us most intrigued and amused, though. The video features a battle between musician Tavi Fields and SoulBounce framily Phonte, frontman of The Foreign Exchange and a thriving solo act in his own right.

In this episode of Elmo's Food Rap Battle, it’s snack time and Elmo is trying to figure out which fruit he’d like to eat: an apple or a banana. Of course, the only way to solve this conundrum is a freestyle rap battle. Apple, voiced by Tavi Fields, gives us some braggadocious bars, ending with “They named a whole city after me / What more you need to see.” Not to be outdone, Banana, played by the Rap Rolly Forbes, steps up to the mic with a hot 16 inspired by JAY-Z: “I’m in my prime / Tell all the foods it’s banana time / You can eat me with breakfast / You can eat me with lunch / You can eat me whenever, but I’m straight off the bunch,” giving us the 411 on his versatility as a food. So, who wins the battle? Well, you’ll have to watch the video to find out, but let’s just say we can’t argue with Elmo’s final snack time decision.

Tavi Fields is no stranger to Sesame Street. The artist voiced a rapping penguin in a video for Sesame Street called “For Me, For You, For Later." And, while this is Phonte’s first time on the Street, he’s been auditioning for the gig since he appeared in Zo!’s “Count to Five" video. Oh! And did you know, Phonte recently released an album called No News Is Good News? More than just a snack, Tigallo comes through with an album that will give you all the vitamins, minerals and thought-provoking couplets to satisfy your real rap cravings.

Hopefully, Sesame Street will continue to bring us nutrition this entertaining. Maybe Jussie Smollet can come through and holler, “So what I’m a kumquat!” or 3-6 Mafia can break out with, "It's hard out here for a shrimp"? We can’t wait to see more of our favorite artists have fun with this amazing video series. For now, feel free to indulge in this not so guilty pleasure perfect for kids of all ages.