Phonte Gives Us Real Rap With ‘No News Is Good News’ 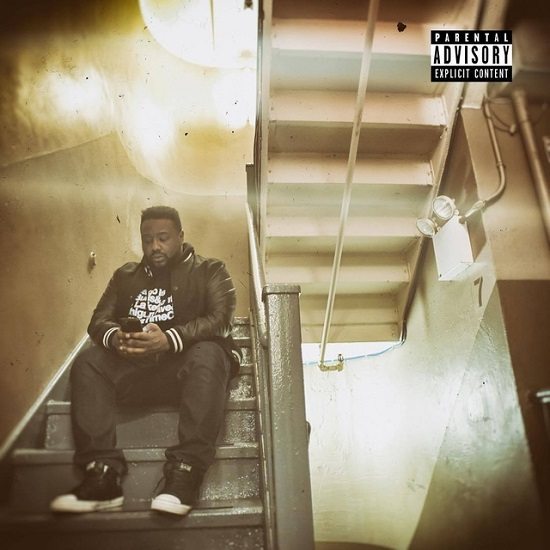 If you only listen to Top 40 rap, then we'd forgive you if you thought that genre was only obsessed with jewelry, money, women and getting high. If you manage to look beyond what's being fed to us on the radio and television, though, you'll find hip-hop that's dealing with issues that affect us all, not just those balling out of control. Phonte, who splits his time as a rapper and crooning frontman of The Foreign Exchange, offers us some of that grown man rap with his sophomore solo set No News Is Good News.

No News Is Good News finds Tigallo tackling some issues that affect him and the black community as a whole. "Expensive Genes" might be one of the first hip-hop songs that addresses the need for black men to care of their health, with the rapper calling out the fact that "young n****s be dying of old n***a s**t" over a smooth beat that's occasionally interrupted by the sounds of a doctor doing a physical. That immediately segues into Phonte discussing his family issues, addressing the death of his father, the declining health of his mother and the plight of being a black man raising the next generation in America.

Though he gets serious on the album, he isn't above letting inferior rappers know that he can pull their card. No News Is Good News starts with "To The Rescue," a soulful production on which he puts on his cape to save us from mediocre rap dudes polluting our ears with nonsense bars. And just in case they think they can come test him, he lets them know the deal on "So Help Me God." Over a piano loop, he rhymes circles around the competition while spouting on the chorus, "So help me, God, I'll murder you n****s."

For those who are fans of the rapper and singer's more romantic side, he doesn't disappoint on that end either as he includes tracks like "Change Of Mind," on which he sings while letting rapper Freddie Gibbs handle the bars. Then he samples himself on "Sweet You," a touching dedication to his wife, before inviting frequent collaborator Eric Roberson into the mix to wax and wane about life on "Find That Love Again." "Euphorium (Back To The Light)" is a jam of a closing track that finds Tigallo back in singing mode over an almost house-like beat before he flexes his rhymes nimbly once again to give listeners an eclectic send off.

No News Is Good News shows the evolution of Phonte, showing that a grown-ass man can be both boastful and vulnerable without compromising his art.