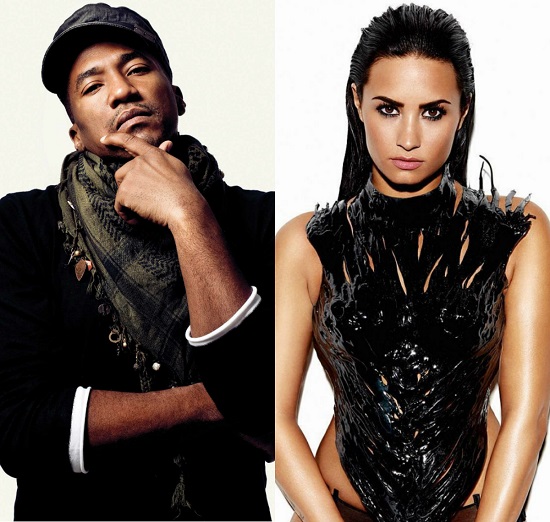 Elton John and his co-writer Bernie Taupin have had a fruitful collaboration that has spanned more than 50 years at this point. Now that Elton has announced that he'll be embarking on one final world tour, albeit a 300-date one that will see him traveling the globe for three years, it's no surprise that his fellow musicians are paying tribute to the Rocket Man's illustrious career. With Revamp: The Songs of Elton John & Bernie Taupin, a who's who of talented stars take on some of the dynamic musical duo's best songs and give them a new twist. The first official listen we're getting from the tribute album is the unlikely pairing of Q-Tip and Demi Lovato on a cover of "Don't Go Breaking My Heart."

This isn't the first time we're hearing the song, as Tip sneakily dropped a bit of the track during the same Abstract Radio session that revealed his lost track with Kendrick Lamar. However, this time we get to hear the track in its full glory. Tip takes on the role of Elton while Demi plays his Kiki Dee as the two engage in the back-and-forth that made the song a hit way back in 1976. The song is giving a slick, soulful, hip-hop-infused beat, which complements both artists' singing styles. Speaking of which, don't expect a hot 16 from Q-Tip here, as he's in straight-up singer mode for this outing. And while his vocals have their limits, Demi more than fills in where they fall short with her solid performance and a few needed ad-libs.

There's much more star power where that came from on Revamp, with folks like Mary J. Blige, Alessia Cara, Sam Smith, Coldplay and more joining Q-Tip, Demi Lovato and even Elton himself in honoring the time-tested songwriting partnership. You'll get a download of "Don't Go Breaking My Heart" when you pre-order Revamp on iTunes. But before you do that, check out the modernized take on the duet right here.