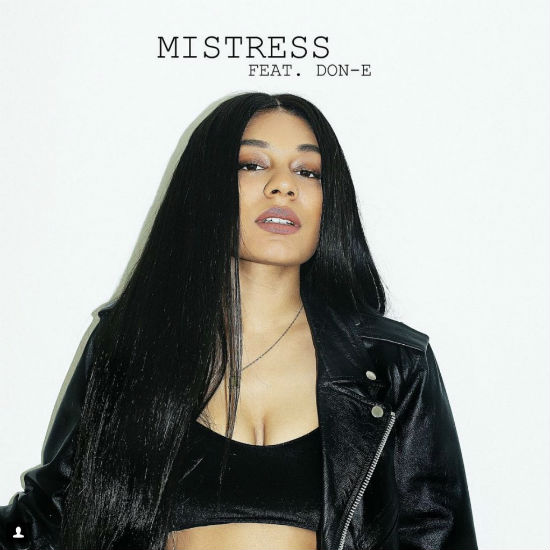 British beauty Rachel Foxx is back with another enticing and infectious track that works just as well in the bedroom as it does on the dance floor. Following her sizzling single "Happen to Me" released last year, Foxx’s latest offering “Mistress” features London MC Don-E and is chock full of feminine realness. Known for her seductive and sometimes edgy lyrics, the singer/songwriter pulls no punches as she tells her beau exactly what she wants and uses all her tricks to get it. In her deep and sultry tone she sings, “I’m so tired of the distress / Oh boy, won’t you make me your mistress / Talking to you in my black dress / And you know I don’t wear this for nothing / No, no, no, I can’t take it / I won’t rest ‘til I know you’re my baby.” The ears of ‘90s R&B fans will perk up as they note how Foxx flips Case’s hit “Touch Me, Tease Me” on the chorus. She says the say-it-like-you-mean-it anthem is about “feeling confident, feeling sexy and fun,” all of which comes through in every element of the song, from the pulsating bassline to Rachel’s sensual vocals.

“Mistress” is the lead single from Foxx’s upcoming five-track EP, Flame. According to the self-proclaimed “East London party girl,” the project serves as an opportunity to tap into the lighter side of life. She says, “All my other songs are depressing, or I’m heartbroken, or I’m sad, talking about my feelings because in real life I don’t talk about my feelings. I wanna have some fun now, I’ve been heartbroken for a long time. I now want to go out to all the festivals.” And that’s exactly what she’s doing, as she has racked up a number of live dates this year across Europe including the Snowbombing Festival, Ibiza Rocks, BBC introducing and her own headline show at The Camden Assembly.

Tap into your sexy side, and give Rachel Foxx’s new single “Mistress” featuring Don-E a spin below. Her third EP Flame is due to be released in May, and UK Bouncers can keep track of her upcoming shows on SongKick.