Seinabo Sey Gives Something To ‘Remember’ With ‘I Owe You Nothing’ 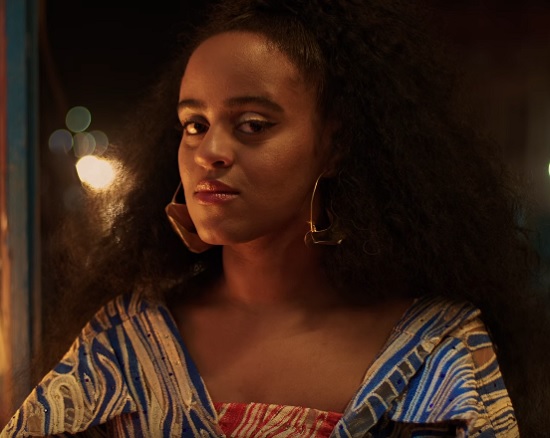 It's been a minute since we've heard from Swedish singer Seinabo Sey. In fact, it's been about two and a half years since her debut album, Pretend, enchanted us. Seinabo has finally returned to us, though, and she's doing so in a big way with her new single "I Owe You Nothing" and its b-side "Remember."

"I Owe You Nothing" is less a song than a declaration of her personhood and power. "I owe you nothing / I be myself / I ain't frontin'," she sings on the simple yet compelling hook. The theme of ownership of one's self is continued throughout the song, with Seinabo informing us of what she won't do and exactly who she is over the rolling, speaker-rattling beat crafted by her friend and collaborator MagnusTheMagnus (aka Magnus Lidehäll) as well as Vincent Pontare, Salem Al Fakir and Isak Alverus. For the song's video, the singer takes us to the Gambia, where we see Seinabo sitting among exquisitely dressed locals while she regally holds court in unlikely places. It emphasizes the ordinary beauty of the country's people while reintroducing us to a newly defiant Seinabo. “I figured it’s time I stand up for myself and this is my best way of doing that. I’m so looking forward to singing for you guys again,” the singer said of the song and video in a press release.

For "Remember," Seinabo teams with British singer Jacob Banks for a tender duet. With minimal production, save for lingering synth, the two sing of remembrance as Jacob's raspy, husky voice adds an interesting counterpart to hers. The song eventually builds, with drums being added to the mix near the song's end as they repeat the chant of the song's chorus.

Both songs have us anxious to hear what's next, as there is a new record from the singer on the horizon. Until she gives further details on what and when to expect her sophomore effort, stream both songs via Spotify and check out the video for "I Owe You Nothing" below.