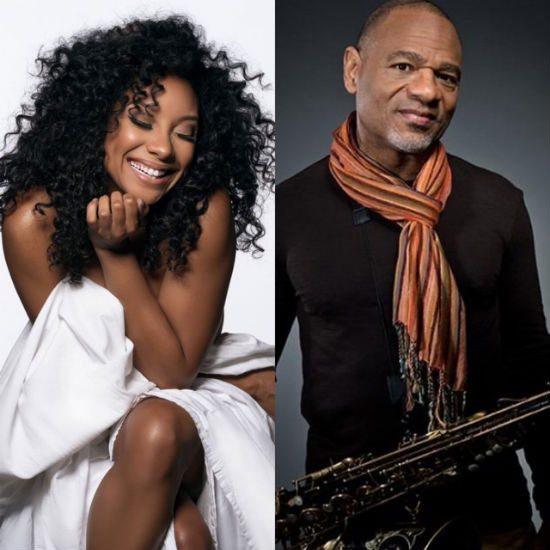 Singer/songwriter/pianist/producer Sheléa is back with more sweet sounds that are sure to soothe your soul. She was handpicked by distinguished lyricists and songwriting duo Alan and Marilyn Bergman to recreate their Academy Award-nominated ballad “Moonlight.” The song, composed by John Williams, was originally performed by legendary musician Sting for the 1995 remake of the film Sabrina. For Sheléa’s sultry rendition, she teams up with GRAMMY Award-winning saxophonist Kirk Whalum for a breathtaking and passionate cover of this classic. Her pristine vocals echo the longing and loving sentiments of the lyrics as she sings, “In the moonlight / When the shadows play / When the thought of what could happen / Takes your breath away / Sighs and whispers / Quiet laughter in the air / Unspoken invitations everywhere.”

Since the release of her debut album Love Fell On Me in 2013, which included the single "Love The Way You Love Me," Sheléa has kept herself very busy and has surrounded herself with some of the music industry’s most legendary artists. She was featured on Whalum’s 2014 release Gospel According to Jazz Chapter IV and continues to tour with him. Known for her uncanny ability to multi-task, around that time she also performed as a background vocalist for her mentor, icon Stevie Wonder, on his Songs In The Key Of Life Tour in 2014 and 2015. Following two White House appearances and a number of prestigious tribute performances, she recently completed a two-month residency at the incomparable Quincy Jones’ Q’s Bar & Lounge at the Palazzo Versace Hotel in Dubai. Given that this songbird seems to stay booked and busy, it’s a wonder she found time to record music, but we are certainly glad she did.

Listen to Sheléa’s romantic rendering of “Moonlight” featuring Kirk Whalum, and add it to your rainy day or coffee bar playlist. The full album of the tributes to the Bergman’s impeccable body of work is due to be released soon, but you can check out Sheléa’s music and performances on her website. It's quite clear that this vocal powerhouse stays on the move, so be sure to keep up with her on Twitter, Instagram and Facebook.