SoulBounce Exclusive: The Pendletons Are ‘In The Mood’ To ‘Funk Forever’ 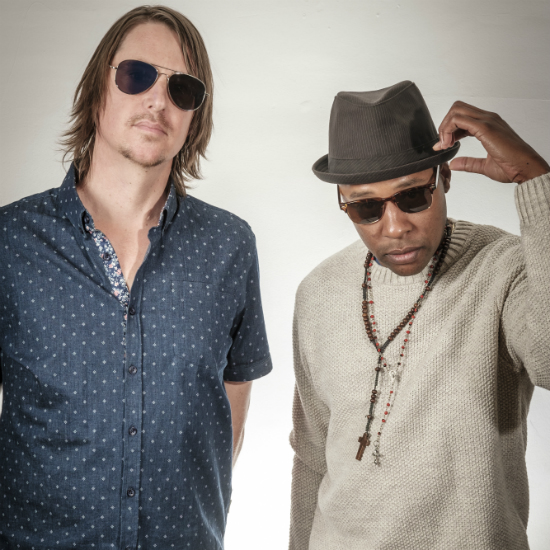 The Pendletons have been bringing us funky sensations and putting the boogie in our oogie since 2016 when they got on our radar with their single "Gotta Get Out." That jam featured I, Ced and Jimetta Rose joining the duo comprised of E Da Boss and Trailer Limon and was the title single of their debut EP. Fast forward to 2018, and now The Pendletons are prepping for the release of their sophomore EP Funk Forever on Friday, March 30th. After dropping lead single "Funk Forever" and another track "Telling Lies," The Pendletons now provide another preview from the project with the SoulBounce exclusive world premiere of the song "In The Mood."

Electric guitar, synths, keys and drums set the musical tone for "In The Mood." The instrumentation emphasizes the song's sexy cool vibe. "I want to get you in the mood / Get you in the mood, baby," a male and female voice sing in unison on the chorus. The mid-tempo number is perfect for lovers to get lost in the music and each other on the dance floor. If that was The Pendletons' intention, then mission accomplished.

With elements of funk, soul and disco, the sound of "In The Mood" is at once classic and modern, which is by design. "The sound always straddles the old and the new, so whereas we keep a certain vintage aesthetic we like to have some modern sounds thrown in here and there so that the sound is not just 'throwback,' which can get gimmicky," The Pendletons' shared with us about their approach to creating music. "We want to keep the hip-hop foundation but write some memorable songs that we hope can have some lasting power." We'd say they're well on their way to being in heavy rotation in our collections for a while.

Press play to get into the groove of "In The Mood" from The Pendletons' Funk Forever and have a two-step and body roll ready as soon as you do. Funk Forever drops this Friday on Bastard Jazz and can be purchased now from Bandcamp. This EP is a precursor to their debut full-length album scheduled for release later this year. Keep up with what The Pendletons are putting down on Facebook, Twitter and Instagram.


TAGS:  audio, E Da Boss, The Pendletons, Trailer Limon
Previous: It ‘Figures’ That We’re Loving This Jessie Reyez & Daniel Caesar Collaboration Next: Lion Babe Has Even More ‘Honey Dew’ For You To Enjoy