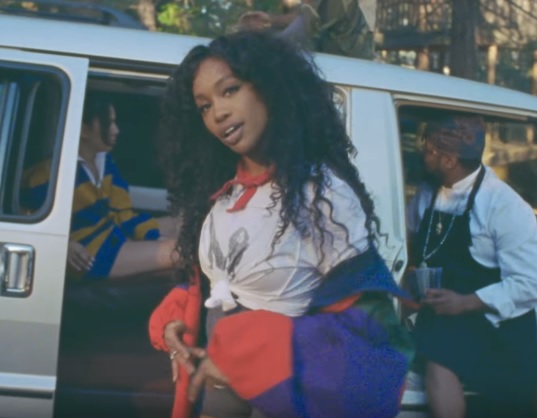 Though she may be a bit tired of the fame game, SZA definitely seems to know how to play it well. Her debut album CTRL is nearing its first birthday, and the singer has been stretching out the album's promotion expertly since its release. Her latest move to keep the set fresh on our minds is the release of the video for the album's fourth single "Broken Clocks."

SZA takes us back to the days of summer camp — or at least the version of it we've seen in movies from the '80s and early '90s — for the clip. But first, she references Spike Lee as one of the video's characters screams "wake up" at the top of her lungs to set things in motion. The camp comes alive at the sound of the call, with kids scrambling around doing camp activities like pulling pranks, causing food fights in the mess hall and diving into the murky waters of a nearby lake. Supervising all this rambunctious fun are SZA and her TDE labelmates, including ScHoolboy Q and Ab-Soul, who play various roles in the daily activities. Just when we're settling into the video's idyllic fantasy, though, everything shifts. Soon, we realize that the camp scene was a dream that SZA had after being knocked (the f**k) out at her strip club job by a fellow exotic dancer who's fed up with her ways. Thank goodness she has homegirls by her side to clean her up and console her on the curb in front of the strip joint.

SZA has consistently delivered visuals that we didn't expect and "Broken Clocks" proves to be no different. Check it out for yourself when you press play.


TAGS:  ab-soul, schoolboy q, spike lee, SZA
Previous: Arin Ray & YG Keep It 100 In ‘We Ain’t Homies’ Next: SoulBounce Exclusive: Oh He Dead Warns You About The ‘Blood In The Water’ 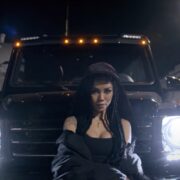