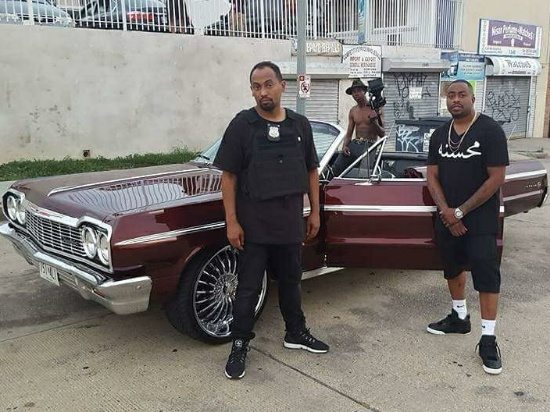 Musicheads everywhere rejoiced when Raheem DeVaughn and Wes Felton announced they'd be reviving their duo The CrossRhodes back in 2016. It had been almost 10 years since the pair had collaborated on a project, and they came back strong with singles “Footprints On The Moon” and "Praying Prayers." The socially conscious songs served as a prologue of sorts for their 2016 mixtape The Great Debate: A Country Divided and were ultimately featured on their 2017 album Footprints On The Moon.

The group has been pretty busy, spending the past year sharing a lot of new music in addition to touring and promoting the album. But one area where they've been a little slack is with album visuals. After releasing "America" last summer, our screens hadn't seen much of Rah and Wes. Thankfully, they rectified the situation right in time for Black History Month. First, they showed up and showed out for their Tiny Desk performance at NPR, and now they've unveiled a new video for "Praying Prayers."

Like the song, the Xaivia Inniss-directed short film is purposeful in making sure that we don't let the issue of police brutality become a forgotten cause. Via press release, The CrossRhodes explains, "When the video was shot, 667 people were reportedly murdered by police officers since January 2016. In the video, The CrossRhodes pay homage to the likes of Sandra Bland, Eric Garner, Freddie Gray and others, reminding us that it’s important to never forget the type of social injustice that has been taking place across the country." Although we wish the storyline was a bit more coherent, the overall message comes through loud and clear.

Peep the visuals below, download Footprints On The Moon and keep up with The CrossRhodes via their website.