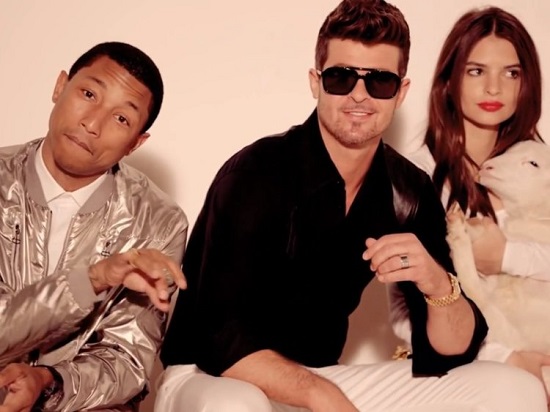 It looks like the drama surrounding Robin Thicke's hit "Blurred Lines" is over — but it's not in the blue-eyed soul singer's favor. An appeals court voted to uphold the 2015 verdict that awarded Marvin Gaye's family $5.3 million and 50 percent of the song's future royalties. After the verdict, Reuters reported that the Gayes' lawyer, Richard Busch, told press, "The decision protects songwriters, and encourages new songwriters to create original works themselves.” No word on a response from Thicke or the song's co-writer Pharrell Williams. #GotToGiveItUp