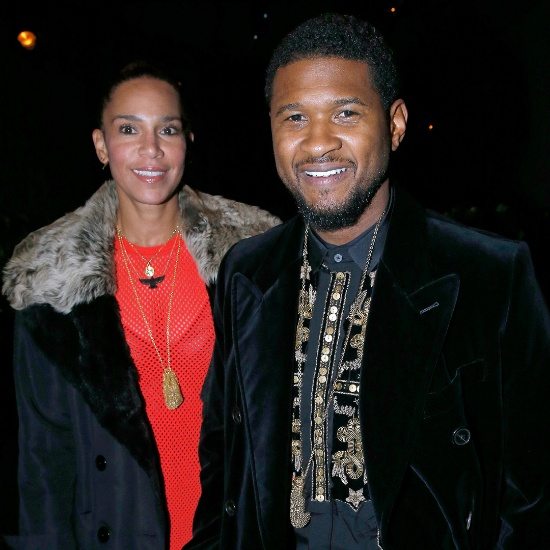 So, who didn't see this one coming? Though they've been together for 10 years and have been married for two, R&B hearthrob Usher and his estranged wife Grace Miguel have announced their separation. “After much thought and consideration we have mutually decided to separate as a couple,” the couple revealed in a joint statement to UsWeekly. “We remain deeply connected, loving friends who will continue supporting each other through the next phases of our lives. The enormous amount of love and respect that we have for each other will only increase as we move forward.” Given that Ursh has been embroiled in a herpes scandal that has ruled the tabloids for the past year, it's not surprising that a strain was put on their marriage. Usher seems to be taking it all in stride, though. He even got a new (and weird) tattoo on his chin. #ButYouKnowGottaLetItGo