Tuxedo & Zapp Don’t Hold Back The Funk With ‘Shy’ 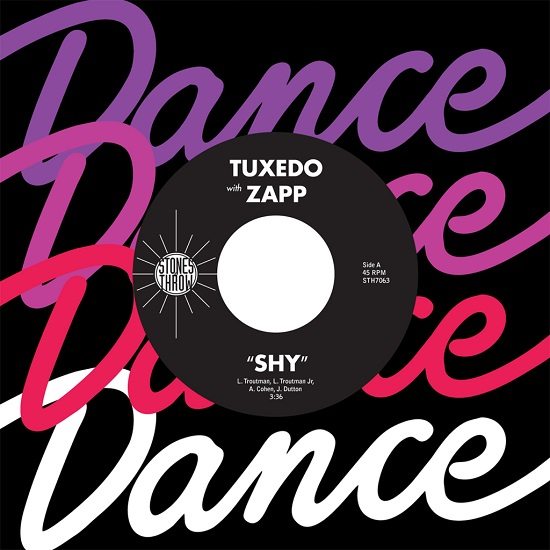 Tuxedo has insisted on keeping the funk alive ever since the duo arrived on the scene, and especially on the band's last release, Tuxedo II. In fact, the duo has been keeping things so funky that it was only a matter of time before they collaborated with some of the greats of the genre. Enter legendary '80s funk band Zapp. The two groups have finally come together to break us off with a jam and a half that they're calling "Shy."

"Shy" blends the best of each group to create a unique and unified sound. The bigger than life synth sounds and signature talk box of Zapp meet the clean, smooth style of Tuxedo right in the middle, making for a seamless collaboration. As the elastic synths and rhythm guitar lay the foundation, the talk box takes the first verse as they holla at a lady sitting all alone at the club. Mayer Hawthorne's falsetto soon makes an appearance on the chorus as he coaxes the "nasty girl" to get out on the floor. "Girl don't be so shy / Know you wanna dance / Come on take a chance," he pleads. With a surefire groove that is meant to get some asses wiggling and have folks on the dance floor, how could the lady say no?

Speaking of the collaboration, Tuxedo said in a press release, “We were obviously big fans of Zapp already, but when we performed at the same festival in Japan and they blew us off the stage, we said ‘damn, we gotta do a song with them.’”

We're more than happy that these two groups came together. We're sure you'll agree when you press play to check out Tuxedo and Zapp's "Shy" right here.


TAGS:  audio, jake one, mayer hawthorne, Tuxedo, Zapp
Previous: SoulBounce Exclusive: Matador! Soul Sounds Introduces Us To Adryon De León With ‘Stingy Love’ Next: Ghost-Note Gets Down, Gets Funky & Gets Loose On ‘Swagism’