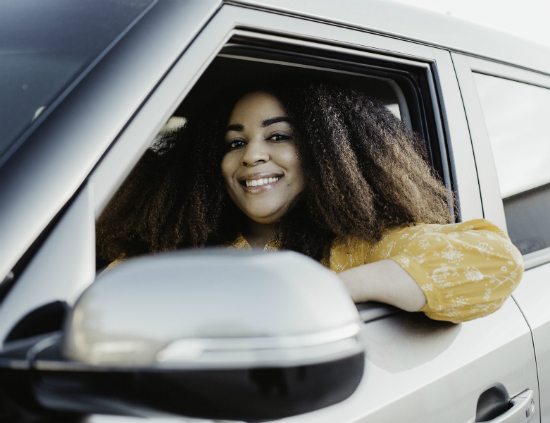 Long before James Corden introduced "Carpool Karaoke" to the world, music lovers have been having mini-concerts in their cars probably as long as cars have been in existence. After all, nothing beats the acoustics (and privacy) of belting out your favorite song at the top of your lungs while cruising down the highway. While most of us would never dream of inviting total strangers along to listen in, that isn't the case for singer-songwriter Chantae Cann. With her soothing vocals, we'd gladly hit the road with her taking the lead behind th ewheel and on vocals. Thanks to Kia Motors America, we'll get to do just that as Cann embarks on her Kia Sol Empowered Tour, which includes Cann making sweet music with special guests during a live jam session recorded inside the Kia Soul Turbo for the Kia Soul Jam series.

To kick things off, Cann hit the streets of New York City with singer-musician Peter Collins riding shotgun for an upbeat reworking of Bill Withers' "Just the Two of Us." Backed simply by Collins on acoustic guitar, the two harmonize perfectly through the Withers classic, adding an entirely new flavor and energy to the song. The episode marks the first of several for Kia and Cann's musical miniseries, Kia Soul Jam. More episodes are expected to follow as Cann takes her tour to cities such as Atlanta; Washington, D.C.; Los Angeles and Durham just to name a few. The eight-date tour will also find the singer taking her talents overseas to London's famed Jazz Cafe, where the tour will wrap up.

According to Cann, the partnership with Kia Motors, which first came about in late 2017, has been a dream come true. "Working with Kia Motors has been amazing! Honored to have been able to partner with such a reputable brand. As Kia continues to open doors for innovation in the auto industry, as well as forward thinking in the arts, we will continue to express our extreme gratitude for this tremendous opportunity, and look forward to many more!” she said in a statement. The automaker is just as eager to have her on board with the company's Director of Corporate Communications James Bell revealing that they were drawn to her because of her devotion to her art form. "Chatae is talented and passionate about her work and loyal followers. As such, we are excited to help her fuel this musical ride," he said.

The Kia Sol Empowered Tour comes in support of Cann's sophomore album, Sol Empowered, which dropped last year and features appearances from Tarriona "Tank" Ball of Tank and the Bangas and PJ Morton, who lends his talents to the album's recent single, "Craters."  To find out of Cann will be cruising into a city near you, check out the list of dates below and be sure to check out Sol Empowered to get a dose of her one-of-a-kind soul.

TAGS:  bill withers, chantae cann, James Corden, Peter Collins, pj morton, Tank and the Bangas, Tarriona "Tank" Ball
Previous: The APX Aren’t Afraid To ‘Rock The Boat’ With A Funky Aaliyah Remix Next: Kali Uchis Takes Us Beyond The Veil In ‘Get Up’