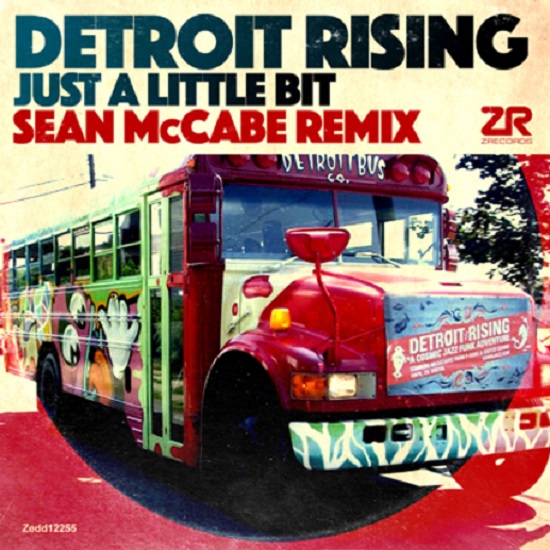 We're longtime fans of Joey Negro's disco and house remix treatments and that love extends to the DJs and producers on his Z Records label. Admittedly, our ears tend to gravitate towards Opolopo's particular style, but we've grown quite fond of Sean McCabe's output as well. The Bristol-based producer is particularly skilled at crafting soulful house flips that make us wanna hit the floor, and his latest track, a remix of Detroit Rising's "Little Bit," is the perfect dance break to get us over the mid-week blues.

For the album's first official remix, Sean McCabe works the original live instrumentation and Claybren’s vocals into his trademark deep and soulful house sound. "Little Bit" is enjoyable enough on its own, yes, but McCabe's vibrant remix is downright irresistible. Listen below and purchase the maxi-single (which includes two additional dubs) via Z Records. Afterwards, scroll down to view the obscure, funk wedding visuals for the original song, then head to Bandcamp to purchase Detroit Rising: A Cosmic Jazz Funk Adventure.