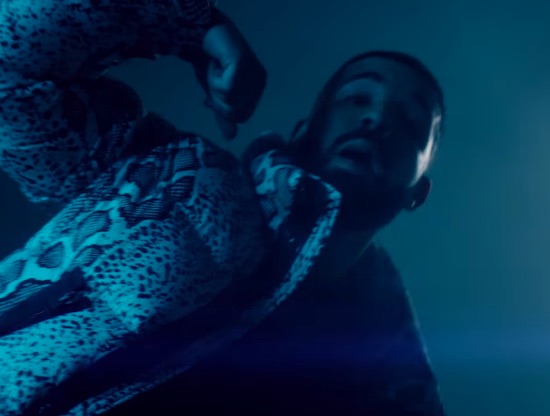 Drake's reign over 2018 continues with the release of his latest smash "Nice For What." Champagne Papi popped the cork late Friday night with the simultaneous release of the single and its star-studded music video powered by New Orleans Bounce and Black Girl Magic.

"Nice For What" begins with a few words from the Queen of Bounce Big Freedia on the intro before the familiar strains of Lauryn Hill's "Ex-Factor" play. The clever sample sets the stage for the bounce beat to drop in and the 6 God to spit his lyrical praise and worship for women. On the anthemic song co-produced by Murda Beatz, BlaqNmilD, Corey Litwin and Noah “40” Shebib, Drake delivers positive affirmations and food for thought. “That’s a real one in your reflection / Without a follow, without a mention / You rarely pipin’ up on these ni**as / You gotta be nice for what to these ni**as?” Drake Angelou raps and reminds all the phenomenal women listening not to entertain any tomfoolery or shenanigans from any sorry ass men out here.

Drake takes his lovefest for the ladies to another level in the "Nice For What" music video. A laundry list of actresses and models are captured by director Karena Evans' camera in various scenes and situations. Although the cast is multi-culti, it's a whole celebration of Black Girl Magic with Misty Copeland, Issa Rae, Rashida Jones, Jourdan Dunn, Tracee Ellis Ross, Tiffany Haddish, Yara Shahidi, Zoe Saldana, Letitia Wright and Syd stealing the spotlight. Drake is seen briefly throughout the clip rolling around a room on rollerskates, but his presence is secondary. Much like the song, the visual is all about the women showing up, showing out and showing off.

"Nice For What" is a feel-good anthem that is already being called the song of the summer and the season is still months away. The track has resonated with women and men, and it's a downright good time. This new single follows hot on the heels of Drake's massive hit "God's Plan," which is perched atop the Billboard Hot 100 for the 11th week in a row, a personal best for the rapper. Look for "Nice For What" to make chart moves this week, and with its popularity don't be surprised when it takes over that number one spot.