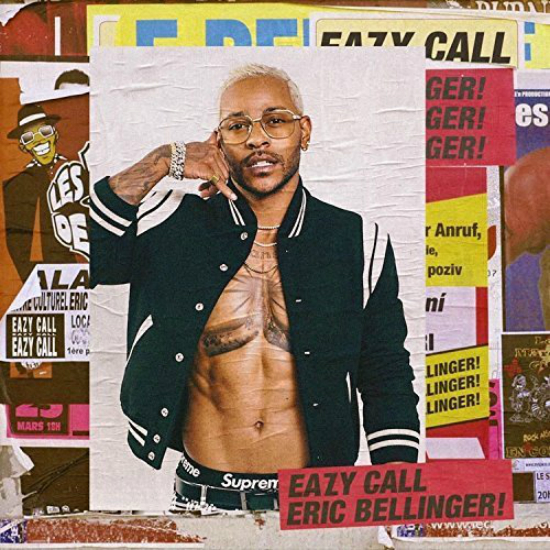 Just last week, Eric Bellinger launched some lyrical grenades towards Tory Lanez in his diss track "Yikes." To ensure Tory got the message, Bellinger released the visuals for the track, featuring him and his crew letting Lanez know what time it is. While Bellinger sings, his homies hold him down in the background with menacing glares into the camera. Other scenes include Bellinger digging a grave and burying Tory's latest album, Memories Don't Die, and later someone trying to return Tory's album to a nearby 7-Eleven (of all the places). We hope that the mock funeral and this video will put this latest R&Beef to rest, but Tory has yet to respond.

While Bellinger definitely went for the jugular on "Yikes" he also managed to promote his new album, Eazy Call, throughout the track. Lucky for us, the album just dropped today. Eazy Call is everything we've come to know of Bellinger over the years. All he needs is a catchy West Coast-inspired beat and beautiful keys to serve as the perfect bed for his signature smooth vocals. What makes him stand out from the rest are his writing abilities. Bellinger has a mighty pen and wields it on his latest album on tracks like "Goat 2.0," "Ain't Ya Ex" and "Role Play." With production from London On Da Track and Ayo The Producer you know you're in for a good time.

About his album, Eric said on Instagram, "I'd call this... 'THE GREATEST HITS' album of songs that have yet to be released. I got songs on here to dance to, smoke to, sing to, make love to, and songs that I believe are pushing R&B forward." Bellinger has been consistent with mixes and refixes since last year's Cannabliss EP, and now with Eazy Call fans have more tracks to add to their playlists.

The 15-track project features guest appearances from Wale, Ma$e, Dom Kennedy, Chevy Woods, Mila J, Tink, Sammie, Ne-Yo and more. You won't find "Yikes" on the album, but you can watch the shady video for it right here. When you're done with your personal viewing party, stream Eazy Call below then scoop it up your favorite digital retailer.