Jody Watley Joins French Horn Rebellion To Give Us That ‘Werrrk’ 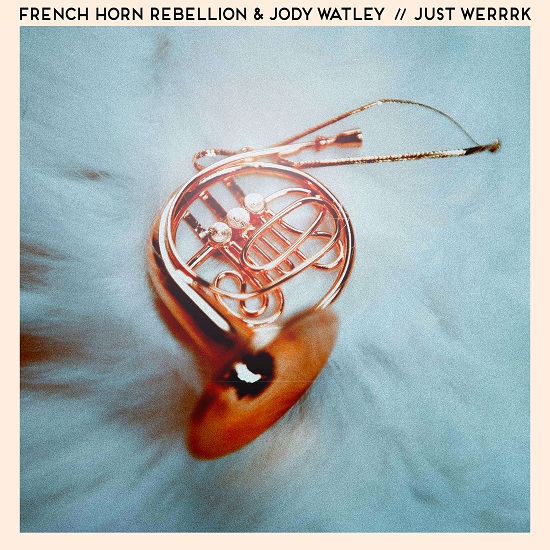 It may be hump day, but we're already dreaming about hitting the dance floor and shaking our groove thangs. Thankfully, French Horn Rebellion is always down for a good time. The duo gets together with none other than pop music icon Jody Watley for a glittery and glam disco number that they've appropriately titled "Just Werrrk," and you'll want to do just that when you hear it.

FHR, which consists of brothers Robert Perlick-Molinari and David Perlick-Molinari, crafted a slick groove filled with synths, guitar, drums and, of course, french horn on this disco playland of a track. The disco beat was just what Jody needed to enter the track. She struts into the rhythm contributing vocal ad-libs (even including a throwback to her '80s hit "Looking For A New Love") and urging us to "party 'til the break of dawn." However, she shed's all niceties by the chorus, commanding us to "just work" on the chorus as the party kicks up into high gear.

“This track has been our secret weapon on the dance floor since we made its first version back in 2014,” Robert told Dancing Astronaut. “In our French Horn Rebellion DJ Sets, it always brings the house down. We often get the crowd to pretend they are lifting weights when the drop hits, ‘Just Werrrk.’ After one such performance this past winter, we sat down together, and said ‘the time has come for the world to hear this hot disco fire.’ We asked Jody if she thought it was time, and she said ‘YES.'”

The time is definitely right, in our opinion, as this is the perfect way to break up a mundane workweek. Strap on your dancing shoes and get lost in French Horn Rebellion and Jody Watley's rhythm below.