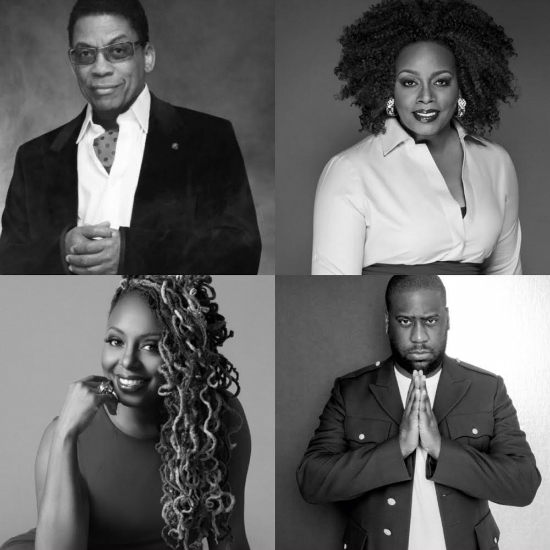 Jazz fans will have a lot to celebrate when April 30th rolls around. That's because the date has been designated as International Jazz Day and will be marked by an All-Star Concert that will feature performances by the likes of Herbie Hancock, Dianne Reeves, Robert Glasper and Branford Marsalis that will stream live from the historic Mariinsky Theatre in this year's global host city of Saint Petersburg, Russia.

Hancock and Russian saxophonist Igor Butman will serve as this year's artistic co-directors. Additionally, the day will also feature a series of educational and outreach programs in-and-around Saint Petersburg before culminating in the concert that evening that will live stream around the globe. Other international performers on the roster include Lee Ritenour, Horacio Hernandez, Ben Williams and a host of others.

The festivities are set to kick off April 22nd and what better place to jumpstart a celebration of jazz than in New Orleans, the genre's birthplace. Things will get started with a special concert that will stream live from the city's historic Congo Square and will also be part of the 300th-anniversary celebration of the Crescent City's founding. The event will mark the official countdown to International Jazz Day and will feature performances by Hancock, Terence Blanchard, Patti Austin, Ledisi and a host of others. The show starts at 2 p.m. CST and will be free and open to the public. For those not able to attend, it will also stream live on the internet.

International Jazz Day is the brainchild of Hancock, who announced his plans to create the celebration after he was named a UNESCO Goodwill Ambassador for Intercultural Dialogue in 2011. His intention was to "recognize the genre as a means to develop and increase intercultural exchanges and understanding between cultures for the purpose of mutual comprehension and tolerance." For more information about the concert, what time it will stream in your neck of the woods and more information, click here to visit the official site.