Sabrina Claudio Wants To Give It ‘All To You’ 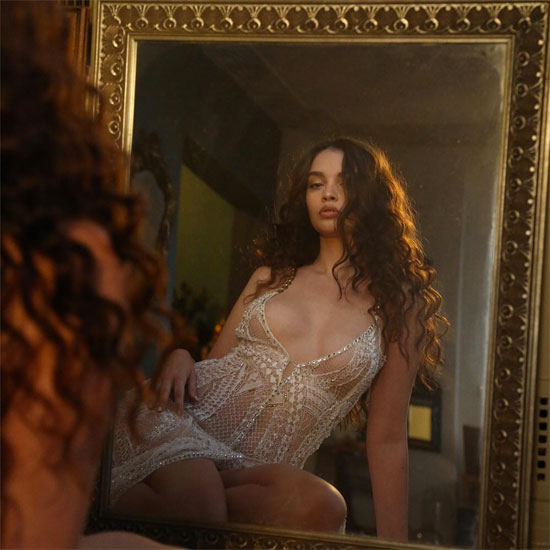 Singer/songwriter Sabrina Claudio is back with a steamy new single that is sure to leave listeners hot and bothered. On “All to You” the Miami-bred songbird does what she does best and serves sexy in a way that toes the line between the romanctic and the risqué. In a delicate whisper-like tone, she plays coy as sings praises of her own feminine goodness asking, “When did this room catch fire? / Is it that good? / My Love, my flower / Is she that good? / Am I that good?” To further fuel the fire, Sabrina also released a lyric video to accompany the track in which she appears to be topless as she seduces the camera and sings the lustful lyrics.

“All to You,” produced by Sad Money and Kaveh Rastegar, is Claudio’s follow-up to her independently-released EP Confidently Lost and her About Time mixtape. Both projects were released last year and achieved viral success, prompting Apple Music to name her as one of their Up Next artists. Currently, she’s opening for 6LACK on his Free 6LACK Tour and, with the backing of Atlantic Records, she is working on a full-length album. Though she isn’t making any promises, she says fans can expect the new project this year. Her sound can be described as a fusion of R&B, jazz and her Latin roots, and she certainly doesn’t skimp on the sensual content. Though this latest single might be her sexiest yet, we sense a theme and there’s no doubt that Sabrina is set to make it one sizzling summer.

Watch Sabrina Claudio’s captivating lyric video for “All to You,” and add the tasty track to your Adult Time playlist. She’s set to perform at Sacramento’s Sol Blume Music Festival alongside Jhené Aiko, The Internet, Goldlink and others in April so grab your tickets now.  Be sure to check out her website and follow her on Facebook, Twitter and Instagram.