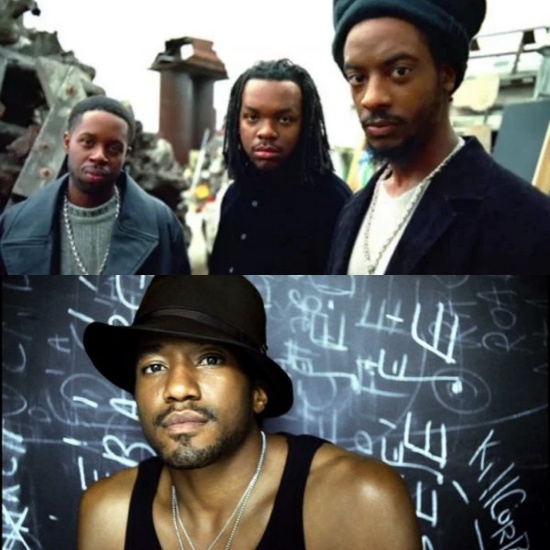 When James "J Dilla" Yancey passed away over 12 years ago, it was rumored that he left behind thousands of unreleased tracks. While we've heard plenty over the years thanks to releases like 2016's Jay Dee's Ma Dukes Collection, it's pretty clear that we haven't even begun to scratch the surface on the musical gems the prolific producer left in his stash. Now fans can celebrate the creative mind of the Detroit legend once more thanks to the release of "Hold Tight," a previously unheard of remix of the original featured on Slum Village's stellar sophomore album, Fantastic Vol. 2.

The song feels like a blast from the past as it features Dilla's original SV cohorts T3 and the late Baatin, along with a guest verse by Q-Tip. Being that both versions of the song were produced by Dilla, they both maintain the same head-nodding beat and soulful rhythms that came to signal one of his catchy productions. Although unheard of until now, the remaining members of the group, including Young RJ who joined the ranks in 2010, decided to release the single as they gear up for the 20th anniversary of the completion of Fantastic Vol. 2. The album, which wasn't released until 2000, became one of the group's most acclaimed albums.

T3 said in a statement that revisiting the album, including the unreleased material, reminded him of all the hard work they put into their music back then. "The experience of listening to these songs made all the hard work worth it," he said. "Hold Tight (Lost Remix)" and many more unheard of tunes will be available on The Lost Scrolls Vol. 2, set to be released later this year.

It seems that it has also inspired the group to take to the stage again. Slum Village fans new and old will get a chance to check out their live show when T3 and Young RJ head out on tour this summer to commemorate the album's anniversary. Check out this long lost Dilla treasure and be sure to add it to your playlist.