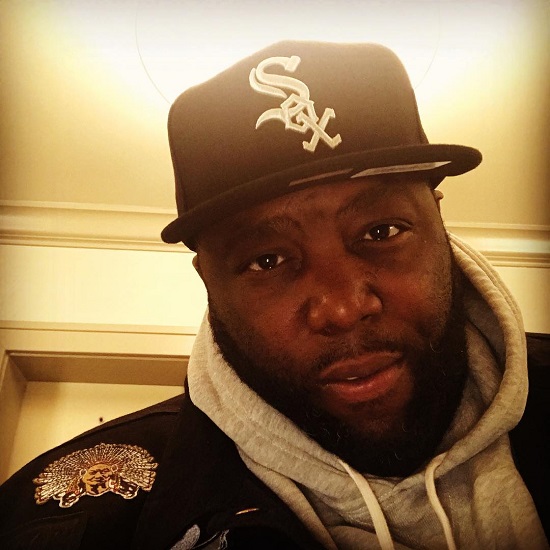 Killer Mike Learns Not To Come For Joy-Ann Reid

Another week, another major L for rapper Killer Mike. After he got the business for his tone-deaf interview with the NRA, Mike was feelin' some kinda way about the backlash. Apparently so much so that he was ready to lash out at anyone. Enter an Instagram post by news personality Joy-Ann Reid. She shared a photo showcasing her hairstylist and makeup artist and thank the ladies for rocking "the H&M" during the shoot. Mike took that as an opportunity to be loud and wrong, replying to the post, "So me doing an interview about black gun ownership with the NRA is 'bad,' but you promoting a company that tagged a black child a monkey is 'good,' 'cool,' and 'acceptable.' Ok check . Smh n****s…….." Of course, "H&M" in this instance meant hair and makeup, a fact that Joy-Ann made sure was understood in her scathing clapback.

"'H&M' stands for 'hair and makeup,' Mike," she wrote. "The two women beside me in this pic did my hair (H) and makeup (M) for a shoot. The blouse I'm wearing is by @norisolferrari and I doubt you can buy it at the retail chain you're thinking of. (I got it from the designer via a stylist.) And here I was thinking you were an intellectual, and not just the guy who hangs out in the sunken place talking guns with the NRA's 'official black guy' who literally changed his last name to 'black.'" Oop!

For his part, Mike did apologize and showed a willingness to listen to reason. "So egg on my face and all I’m happy that the convo on #BlackGunOwnerShip will happen," he tweeted out. "Thank u @JoyAnnReid for 'getting me together' on H&M and making sure this important convo can be had on an acceptable platform." Expect more fireworks between Reid and Mike when he appears on AM Joy on the morning of Sunday, April 15th. #HeTriedIt