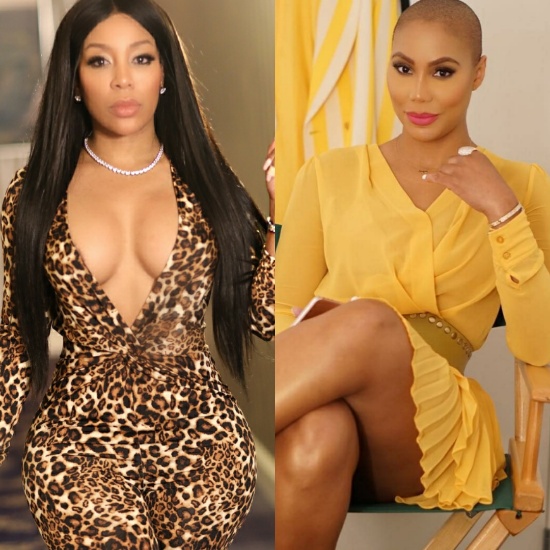 Is The K. Michelle/Tamar Braxton Feud Back On?

We thought the bitter feud between R&B reality starlets Tamar Braxton and K. Michelle was finally over, but it looks like this beef is being reheated. While appearing on a panel on The Steve Harvey Show, Tamar voiced her feelings about plastic surgery after Steve asked about the risks of such procedures. "I just think that you do have to do your research," Braxton said. "But you can’t be thinking you’re gonna go ahead and have plastic surgery on the Groupon. Ain’t no plastic surgery on sale! Like that’s not gonna happen." K. Michelle wasn't too happy about these comments, apparently, shading and deleting subtweets directed at the "My Man" singer, including shots about her nose job being on "Gangsta lean." Oop! #TheShadeOfItAll