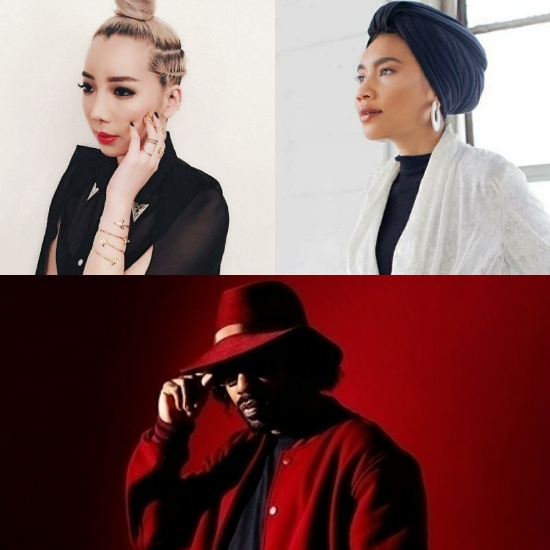 Good music is good music. But there's just something about a solid "comeback" project from a favorite artist that makes it all the more enjoyable. TOKiMONSTA's 2017 release Lune Rouge had this effect, particularly given the fact that the DJ/producer almost lost her ability to create music altogether. After being diagnosed with the rare neurovascular condition Moyamoya in 2016, she survived two major brain surgeries and underwent extensive rehabilitation (both cognitive and physical). The album wasn't just a collection of new music, it was a celebration of her personal triumph.

Of course, no celebration is complete without friends, so TOKi called in a few favors from some of our faves including Bounce-Worthy Belgian Selah Sue and Malaysian singer/songwriter (and happy newlywed) Yuna. Now she revisits this special project with Lune Rouge Remixed, due on April 6th. The album will feature reworks and flips from a culturally diverse group of talented producers, including Sofi Tukker, Sam von Horn & Justin Jay, Alexander Lewis, Penthouse Penthouse, Qrion, Hugo Massien, Ouri, Plastic Plates, DâM-FunK, Holly, Felix Cartal and Kingdom.

Ahead of the upcoming release, TOKi has leaked DâM-FunK's "Re-Freak" of the Yuna-feature "Don't Call Me." The original captivated listeners with bombastic drums and unrelenting waves of synth while Yuna's ethereal vocals delivered some hard truth and explicit instructions, "I never heard from you for so long / Now I'm glowing up, you're blowing up my phone / Don't call me no more." The California-bred funkmaster switches up the percussion, tweaks the synth and adds a bass line, giving the song a more distinct R&B sound. Stream the remix below then scroll down to peep the video for the original tune. Afterwards, pre-order Lune Rouge Remixed via TOKiMONSTA's own Young Art Records and then visit her website for upcoming tour dates.