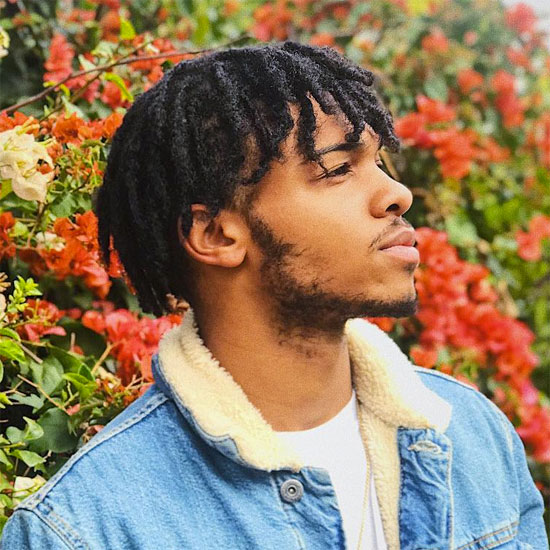 Jersey-bred singer Tone Stith has been dropping covers left and right over the past few weeks and we're taking notice. The 22-year-old rising star released his debut album Can We Talk last year, and now he's gearing up for a year of new music. While rolling out fresh tracks, there's nothing wrong with turning a few older ones into something new.

Since it's the week of R&B's lord and savior Beyoncé, who can't stop won't stop since her #BeyChella performance over the weekend, it was only right for Tone to dust off an oldie but goodie from her catalog. Stith decided to courageously take on her 2003 hit "Dangerously In Love" for his latest remake. In his version, he strips down the instrumentals, going key to key with a simple piano. Keep listening to hear Tone go off halfway through and prove he has vocal range for days.

Not only has Tone taken on Queen Bee, but he also recently paid tribute to the King of Pop. Last week he dropped his cover of Michael Jackson's "Rock With You," which was an a cappella joy to listen to. Using his signature falsetto, he layered his own harmonies on the track to usher the '80s track into the '10s. He wraps up the song with some new melodies that could make Michael proud.

Stith kicked off April by borrowing H.E.R.'s hit single  "Focus" to add his twist to the track and a little extra bass in his response to the enigmatic songstress. With his reply to "Focus," we get some fancy runs from the crooner that will make H.E.R. and anyone else listening pay extra attention.

Tone Stith is a breath of fresh air, and artists like Justin Bieber and Drake think so too since they've co-signed the young singer. If you happened to miss his album Can We Talk last year, you can still scoop it up from your digital retailer of choice. The 11-track project will provide more insight into Tone's talent and writing skills. If you want to hear even more of Tone Stith's covers and keep up with his whereabouts, you can find him on SoundCloud and Instagram. Listen to this trio of remakes and let us know which one you'll be playing on repeat.