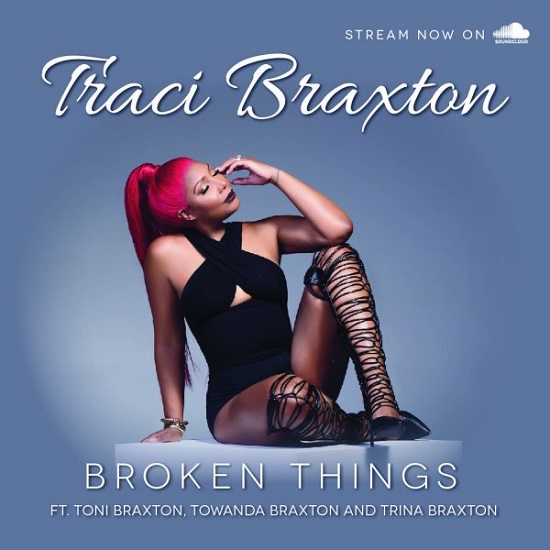 Traci Braxton finally stepped into her own solo shine with her debut album Crash & Burn and its single "Last Call." She's now gearing up to get back into the spotlight once again with her upcoming as-yet-untitled sophomore effort. Ahead of its arrival, Traci looks to her sisters Toni Braxton, Towanda Braxton and Trina Braxton (we guess lil' sis Tamar Braxton was busy?) to lend their vocals to her buzz single "Broken Things."

Based on the song's title alone, you should already know that "Broken Things" isn't a happy-go-lucky track. Instead, Traci and her sisters are trying to fix their lives and their loves. The song focuses on a romantic relationship that's in desperate need of repair, with the ladies trying to mend what's been broken. After laying things fairly bare in the verse, they get even more real on the chorus, questioning, "You and me and hearts and strings / Who can fix these broken things?" Though this song leans into the romantic side of things, it's easy to see (especially to those that watch their hit reality show Braxton Family Values) that some of these lyrics speak to issues within their very sisterhood as well.

"Broken Things" is the first that we're hearing of Traci's upcoming album, but it won't be the last. Rumor has it that the set's "official" first single is set to arrive soon.