Anderson .Paak Is Getting To The Money In ‘Bubblin’ 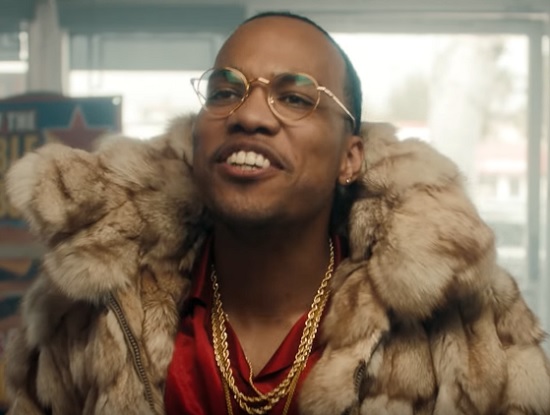 It looks like Anderson .Paak's return in officially official. The rapper/singer delivered some hot fire with his quirky single "Bubblin" this week. But just when we thought he might've been done, he dishes out another round of quirkiness with the release of the single's bugged-out video.

The Calmatic-directed clip starts out typical enough, as Andy visits a local ATM to withdraw some ducats. But that's when things get weird. Instead of dishing out a couple Jacksons, the machine makes it rain 20s like its Friday night at The Shake Shack and the club is full of ballers. Not one to look a gift horse in the mouth, AP decides to take the machine with him and ball out in the process. He buys expensive clothes, zebras, hotel rooms, billboards to rep his hometown of Oxnard, keeps his lil' shorty flossin', takes your mom to the no-tell motel to give her that work and even sprouts a few extra hands to count all that paper he's getting. It's all an absurdist fantasy that we all wouldn't mind getting a chance to live out and Andy does it with his unique gusto and joie de vivre right up until it all comes crashing down on him quite literally.

"Bubblin," which is produced by Ant Wonder and Jahlil Beats, is the latest taste were getting from an album that's due later this year. If this single and video are any indication, it looks like Anderson .Paak will once again be bringing it to the people when it drops. Check out the wildly imaginative visual for "Bubblin" below.