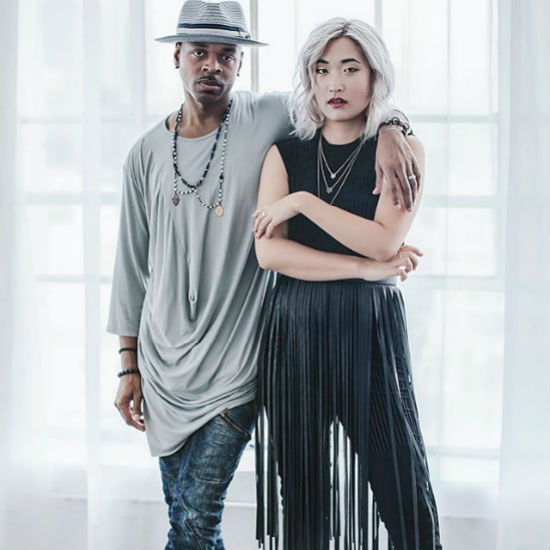 When singer/songwriter Annalé released her debut single "Roses" back in 2016, it was clear that she didn’t come to play. The track quickly made its way to the Top 20 on the Billboard charts and her seamless blend of pop, neo-soul and R&B captured the attention of the masses, shattering stereotypes of what a soul singer looks like. After opening for the one and only Stokley Williams at select shows during his solo tour, the Korean-American songstress now returns with another sizzling single with the assistance of Mint Condition’s frontman.

“Back of My Hand” is a soulful, mid-tempo track that feels just as good as it sounds. It tells the tale of two lovers wanting to know each other on a deeper level. “It’s a pretty metaphorical song,” says Annalé of the duet. “But it gets to the heart of the matter. It’s about wanting to get to know someone very intimately. To foster a deep sense of closeness and familiarity.” Stokley not only blessed the song with his signature vocals and production, he appears in the accompanying visual as well. “He’s an R&B legend,” says Annalé of her crooning counterpart. “It was such an honor to even work with him.” The Josh Chung-directed video captures striking shots of Annalé on a beach, as well of the two of them in an achromatic loft adorned with white furniture and sheer drapes. It’s all a visual breath of fresh air as we watch them passionately sing of their desire to know their lover beyond the surface.

Get familiar with Annalé and check out her video for “Back of My Hand” featuring Stokley below, and add the track to your bae-list from the digital platform of your choice. While there is no official release date for her debut album, we do know that the Los Angeles-based artist co-wrote and co-produced most of the project’s 10 tracks. She says, “A lot of the songs are about love and life lessons. When people listen to it, they’ll be able to hear stories they can relate to.” As an interesting twist and a deliberate nod to her Korean roots, though most of the songs on the album are in English, Korean versions of two of the songs are also included. Visit her website to learn more about Annalé, and be sure to follow her on Instagram, Twitter and Facebook.