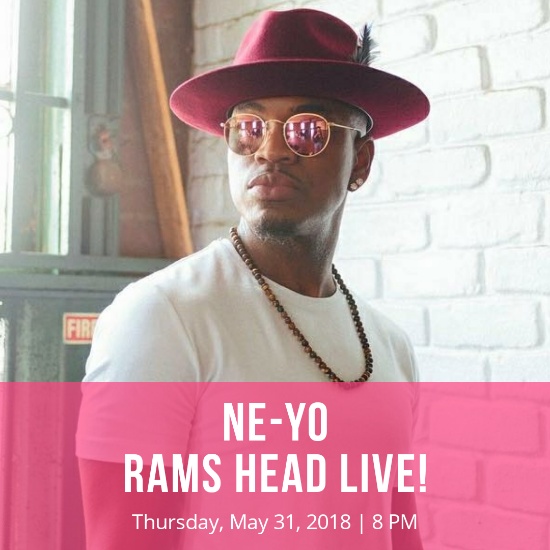 Ne-Yo is gearing up to drop his new album Good Man on June 8th, but before he does that he's swinging through Baltimore to perform a concert. The "So Sick" singer will be coming to Rams Head Live! on the evening of Thursday, May 31st to end the month on a musical high note. Ne-Yo will sing hits from his deep catalog and more than likely break the audience off with some slick dance moves and new-new from his upcoming release. In addition to the hitmaking headliner, singer/rapper Bryce Vine will be opening the show.

This sounds like a charming night out in Charm City, and, if you agree, be sure to make plans to see Ne-Yo live in concert at Rams Head Live! now. Tickets are on sale at the venue's box office and online via AXS. The good folks at Rams Head Live! have also generously given us three whole pairs of tickets to giveaway. Baltimore Bouncers or anyone who can make it to Bmore to attend the show next Thursday are encouraged to enter to win on the next page.