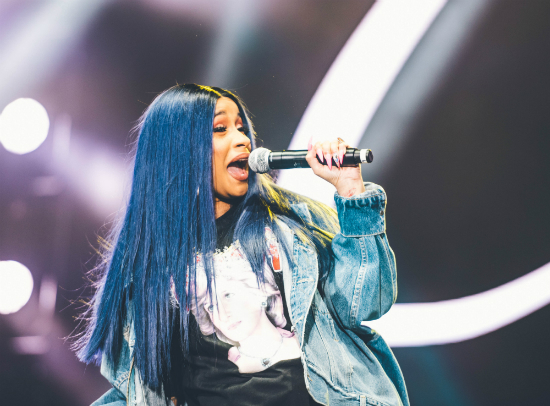 When Sasha Obama shows up at your music festival, you know you have a good thing going. That good thing was the Broccoli City Festival 2018, which did the honors of kicking off the DMV's music festival calendar. The annual festival, now in its sixth year, already had a few bragging rights before the youngest Obama decided to attend. The festival managed to snag Cardi B as one of their headliners right before she canceled her summer performances to go on maternity leave. On April 28th, droves of eco-conscious millennials flocked to Washington, D.C.'s RFK Stadium to catch Cardi's last performance, along with artists Migos, Miguel, Nipsey Hussle, Daniel Caesar and H.E.R.

The festival that focuses on people, planet and profit went from having 15,000 attendees last year to 30,000 this time around, and we're pretty sure Bardi had a lot to do with it. With such a surge in attendees, the festival had its share of challenges, i.e. long and haphazard lines entering the venue, mile-long food and beverage lines and an overwhelming amount of trash by the festival's end. The Earth Day-related music event proved to be a little messy, but from what we could tell from the audience, they had a blast through it all.

Despite its growing pains, the music performances were the highlight of the festival - as they should be - so we'd like to take a look back at five live moments that stood out at Broccoli City Festival 2018.