Christina Aguilera, Ty Dolla $ign & 2 Chainz Want You To Dance Your Cares Away On ‘Accelerate’ 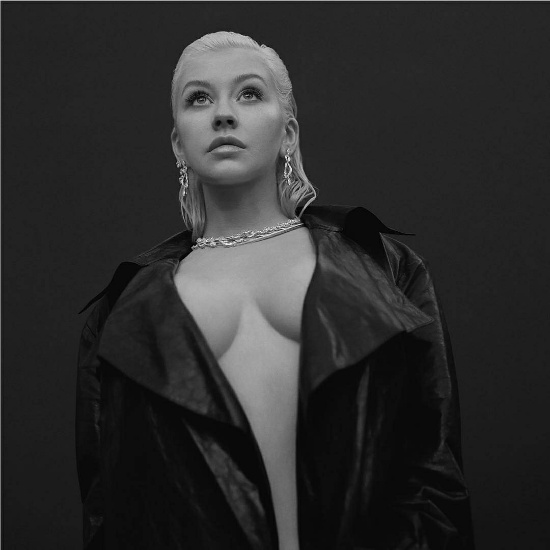 It’s been six years since Christina Aguilera released her eighth  album, Lotus. Not her best outing, the dance-pop/rock project was only moderately successful. Now, the singer/songwriter is back with an R&B/hip-hop sound to show off her soul singer skills with “Accelerate” featuring Ty Dolla $ign and 2 Chainz.

“Accelerate” is a brooding dance track where Christina is out here living her best life and wants you to catch up. “Baby it’s alright, baby it’s okay, don’t worry about tomorrow,” she sings, wanting her audience to let go of what's dragging them down and move to a higher plane. Or at least the dance floor. Meanwhile, Ty Dolla $ign delivers some interesting ad-libs to compliment Aguilera’s powerhouse vocals. For 2 Chainz's contribution, the beat switches to a funky, bass guitar-driven riff, perfect for the ATL-representer to lay down his pimp flow. As far as the sound, “Accelerate” is a thumping, futuristic, pop disco synth-heavy club track. Yes, that’s a lot, but so is the song. Produced by Kanye West, Mike Dean and Che Pope, the track is definitely banging, but there’s something about it that feels very unfinished. Like, there are a few good ideas at play here, but we aren’t sure if they all play well together. But, given its dance club nature, it might be better to listen to it on a crowded dance floor than through a set of headphones.

When you have such an over-the-top track, you need a visual that is just as edgy. In the music video for “Accelerate,” Christina gives us a very suggestive visual that pushes the envelope maybe a little too far. The clip starts with black-and-white footage of Xtina licking some milk out of a glass, the milk dripping down her chin. She’s letting you know early that this might be a bit much for you; get out now while you still can. This is followed up by a number of interesting vignettes. This includes images of the singer licking glitter around her lips, rocking a few suits sans shirt, rolling across the floor in a white baby tee and a sweet and sticky situation that would make The Ohio Players blush.

So, what does all this mean? What does it have to do with “Accelerate"? We're not sure. But given the fact that the name of her upcoming album is Liberation, we’re guessing it’s continuing themes from earlier in Aguilera’s career, namely her 2002 Stripped album. It’s a woman being bold and daring against the norms. And, since sex is supposed to really be about power, this is Christina exerting her strength as a woman.

“Accelerate” is the first single from Christina Aguilera’s highly-anticipated ninth studio album, due June 15th. The singer has said that Liberation will be a hip-hop and R&B project where she can truly shine as a soul singer. It will feature production from the aforementioned West, along with two tracks from our boy Anderson.Paak. No word on who else is contributing to the project, but there’s also a duet with fellow blue-eyed soul phenom, Demi Lovato. Press play to watch the "Accelerate" video, and let us know if Xtina is doing too much or just enough with her latest.