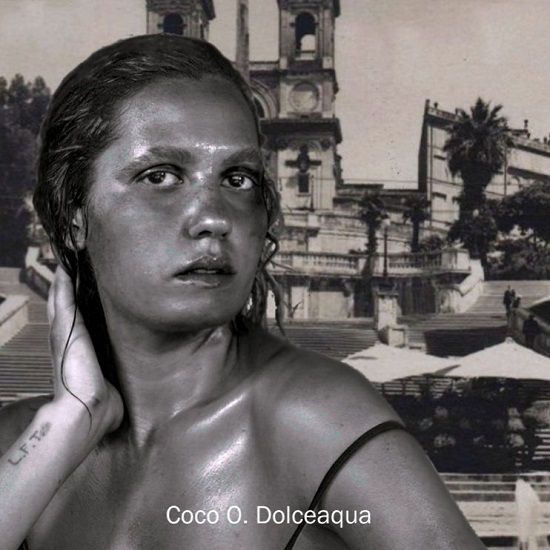 They say that some of the greatest art comes from heartache. It seems that belief is something that Quadron singer Coco O. is all too familiar with. After an extended hiatus, she returns to us with Dolceaqua, a two-song EP on which Coco puts her heartbreak into song as she deals with the aftermath of a breakup through her music.

The set's two songs, "Bled For You" and "A Minor Detail," are sonic cousins as both pair her silky vocals with guitar. However, while the two strike similar chords, there are subtle differences between the two. "Bled For You" details how much Coco has sacrificed for a lover that doesn't seem to have appreciated her efforts. Taking on an almost Sade-like quality, the song features introspective and poetic lyrics as she puts her pain in the chorus, singing, "I bled for you, but you left me wanting more / I realize I'm not immortal / And you're not my boy anymore." She captures that ache quite well in the song's video, which features a single simple shot of her sitting on a window ledge as the sun sets — her shadowed face only turning toward camera in the clip's final moments. The second song, "A Minor Detail," finds Coco now seeming to assuage her former lover's guilt while also asking him to stay. Similar to her work in Quadron, it features her layered backing vocals along with guitar as she contemplates the unfairness of the place love has brought her to. Heartstrings are tugged and the sadness of the song is palpable as she laments the end of love.

"Tragedy comes in many forms. This winter mine was in shape of a middle aged man," she captioned an Instagram post announcing the EP's arrival. "I guess sometimes things has to turn really really bad in order to become good. His gift to me was inspiring me to write these songs. At least we'll always have the memory of 'Dolceaqua.'"

Damn, it looks like dude really did a number on Coco. Thankfully she was able to turn her pain into beauty on the two songs. Stream Coco O.'s Dolceaqua via Spotify right here and check out the simple yet touching video for "Bled For You" below. The EP is also currently available for purchase at digital retailers.


TAGS:  audio, Coco O., quadron, sade
Previous: DJ Aktive & Musiq Soulchild Make Breaking Up Sound Smooth With ‘It Is What It Is’ Next: Judith Hill Returns & Invites Everyone To ‘The Pepper Club’