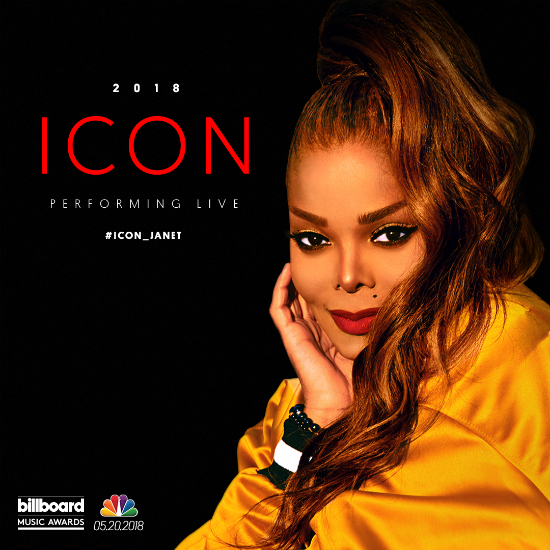 We already know singer Janet Damita Jo Jackson is one of the most influential entertainers in the world, and now the Billboard Music Awards are making it official. The living legend will be honored with the coveted ICON Award at the 2018 Billboard Music Awards on May 20th, and we're entirely here for it. Quite frankly, it's about time for this accolade, but the timeless artist has been keeping herself so busy she probably didn't even notice the oversight. Janet will celebrate the honor with a performance, another iconic move since this will mark her first live performance on television in almost a decade.

We need no convincing of why Janet is being honored, but if for some reason you need a refresher, there are a few reasons. The singer has more than 100 No. 1's on Billboard's charts in her career that have spent more than 300 weeks at No. 1, and she is one of only four artists to have a No. 1 album on the Billboard 200 in each of the last four decades. In addition, she was the first woman to debut in the Top 10 of the Billboard Hot 100 with "Scream," her duet with brother Michael Jackson. Icon indeed.

Janet will join the uber talented list of previous ICON Award recipients including Cher, Neil Diamond, Celine Dion, Jennifer Lopez, Prince and Stevie Wonder. Be sure to watch the 2018 Billboard Music Awards hosted by The Voice coach Kelly Clarkson live from MGM Grand Garden Arena in Las Vegas on Sunday, May 20th at 8 p.m. ET / 5 p.m. PT on NBC. If you're not heading to the awards show to see her live, you can catch Janet on her State Of The World Tour starting this summer. To celebrate Janet like we already have been, listen to the Billboard Music Awards Spotify playlist right here and get into all things Damita Jo.