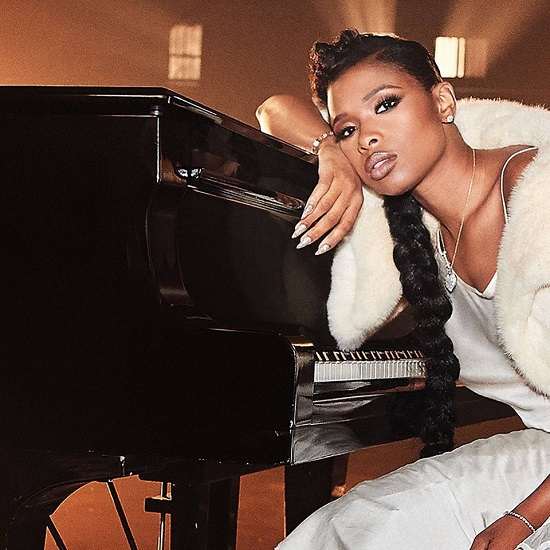 85-year-old Supreme Court Justice Ruth Bader Ginsburg has always been a formidable force on the highest court in the land. Recently, however, she's found herself becoming an icon for a younger generation. The judge is now the subject of new documentary RBG, which was released in theaters last weekend. Of course, a film about such a dynamic woman needs a dynamic theme song. Enter Jennifer Hudson, who provides just that with her newest single "I'll Fight."

Written by famed songwriter Diane Warren, "I'll Fight" is an anthemic track that celebrates the spirit of Ginsburg while also delivering an empowering and reassuring message. The pop ballad speaks to the character of the judge, who's stood by her convictions and progressive vision during her time on the Supreme Court bench and continues to be a voice of dissent against those attempting to walk back the rights and freedoms of the American people. JHud describes situations of peril and angst in the verses of the song, with guitar and synth strings backing her along the way. It all leads to the song's best part: its inspiring chorus. “I’ll fight / Fight that war for you / I’ll fight / Stand and defend you / Take your side / That’s what I’m here to do,” she sings, instilling hope and faith in all that can hear her.

"I'll Fight" is the third single we're hearing from the singer in a little over a year. While it was rumored that she's working on a new album after dropping songs "Remember Me" and "Burden Down," word on when we can expect that new project has been scarce. Hopefully the pop perfection of "I'll Fight" will be enough to get the ball rolling again on the singer's next effort.