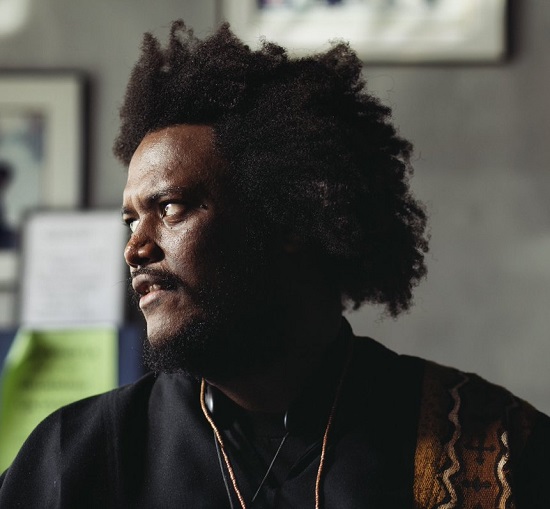 A Kamasi Washington project is always a major event, and his upcoming release Heaven And Earth is no exception. The talented jazz saxophonist is set to drop a double album on us this go 'round, with one side representing Heaven and the other representing Earth. When he announced the new album, he also offered up singles "The Space Travelers Lullaby" and "Fist Of Fury," each representing a different side of the double album. Now, he's offering a funky and fun track from the "Heaven" side of things with his latest single "Street Fighter Mas."

If the song's title didn't tip you off, "Street Fighter Mas" is Kamasi's way of paying tribute to his arcade days. Upon the song's release, he made that fact known on social media. "When I was young, I was obsessed with Street Fighter! I thought I was going to be a professional gamer, so I made a theme song," he wrote on Facebook. "I still imagine it playing when I walk into a tournament, kind of like I'm entering a boxing ring." He hits his goal on the track. Taking elements familiar to those who have followed him this far — choral arrangements, warm piano chords and, of course, his own virtuosic sax performance — Kamasi offers his own version of what a video game fighter's theme music should be. And let's just say that his take sho' is funky. With a stretchy bass line and syncopated drums, he and his band add a bounce and a bop to the proceedings and create an almost blaxploitation-like head-nodder in the process.

Heaven And Earth is set to bow on June 22nd and further continue Kamasi Washington's refreshing modern take on jazz. Take a listen to "Street Fighter Mas" right here and check what appears to be a preview of the song's upcoming visual below.


TAGS:  audio, Kamasi Washington
Previous: SoulBounce Exclusive: Producer Jus Gamble & Nicks Explore The Complexities Of A Relationship On ‘Often’ Next: Mehcad Brooks Gets ‘Arrested’ With Some Help From Wyclef Jean