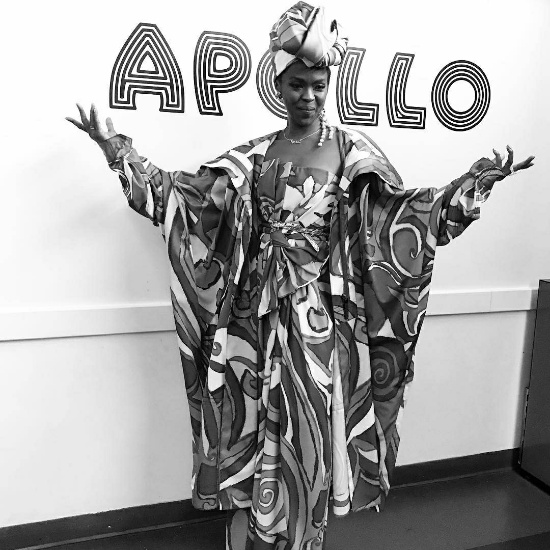 It's been 20 years since Ms. Lauryn Hill released her debut solo album The Miseducation of Lauryn Hill. Yes, two whole decades. She'll be commemorating the release this summer on The Miseducation Of Lauryn Hill 20th Anniversary Tour, but last night Ms. Hill gave fans a sneak preview of what's to come in concert at New York's famed Apollo Theater. The anniversary performance was a big deal considering the same Apollo stage is where she first got booed at the tender age of 13. Decades later, she took the stage to celebrate this milestone and at the end of her set while performing "Ex-Factor" she surprised the audience by incorporating Drake's latest track "Nice For What" for her finale.

Lauryn added her own verses over the New Orleans Bounce beat, reminding us that she's not only still got her vocal chops but her freestyle is nice, too. "See this is 'Ex-Factor' / He took the sample / My s**t is classic / Here's an example," she spit like hot fire. At the end of the performance, she gave a shout out to the Canadian rapper by saying "Peace to Drake" as she brought the house down and the crowd to its feet.

If you want to get the Lauryn Hill live experience and witness this kind of magic for yourself, make plans now to attend The Miseducation Of Lauryn Hill 20th Anniversary Tour starting in July. The three-month North American tour includes over 20 dates and tickets are on sale now and surely moving fast after people watched clips from last night. If you have yet to see Lauryn in action, do yourself the favor and get into her refix of "Nice For What" right here.


TAGS:  drake, lauryn hill
Previous: Raphael Saadiq To Hit The Stage This Summer On His ‘Ray Ray Vs. Charlie Ray Tour’ Next: Leslie Odom, Jr. Ponders What Life Would Be Like ‘Without You’