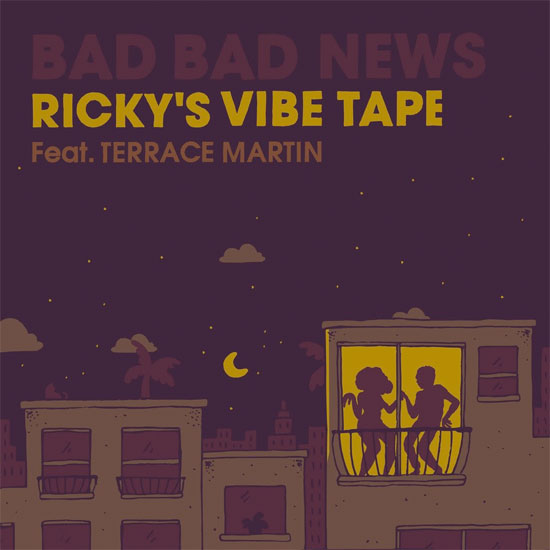 One of the most unexpected bops of 2018 has come from Leon Bridges' unlikely direction. His single "Bad Bad News" is a sho nuff groove that has been in the heaviest of rotations since it dropped in March. Apparently, we're not the only ones loving the track seeing that Terrace Martin has jumped on the song's official remix. When the contemporary jazz titan wasn't busy putting the finishing touches on his super group R+R=NOW's upcoming debut album, Collagically Speaking, he found the time to pop in the studio with producer Ricky Reed to create "Bad Bad News (Ricky's Vibe Tape)."

The "Bad Bad News (Ricky's Vibe Tape)" remix is actually more of an instrumental cover of Bridges' bop. Leon's vocals are entirely stripped from the song, replaced instead with Terrace's saxophone and the addition of more rhythm guitar into the mix. The result is a production where your attention is focused on the swing and sway of the instruments, and they all jam so hard together.

Terrace felt the need to contribute his talents to Leon's latest out of his respect and admiration for his work. “I feel like Leon is such an important piece to the puzzle art," Martin stated in a press release. "He represents the past, present and the future, and it was an honor to be a part of his journey on this record.”

We didn't think we could love "Bad Bad News" any more than we already do, but this remix has done the trick. We're also head over heels for Leon Bridges' stellar sophomore set, Good Thing, his love letter to modern R&B. Although Bridges takes a backseat on "Bad Bad News (Ricky's Vibe Tape)," Terrace Martin steers this in the right direction.