Leslie Odom, Jr. Ponders What Life Would Be Like ‘Without You’ 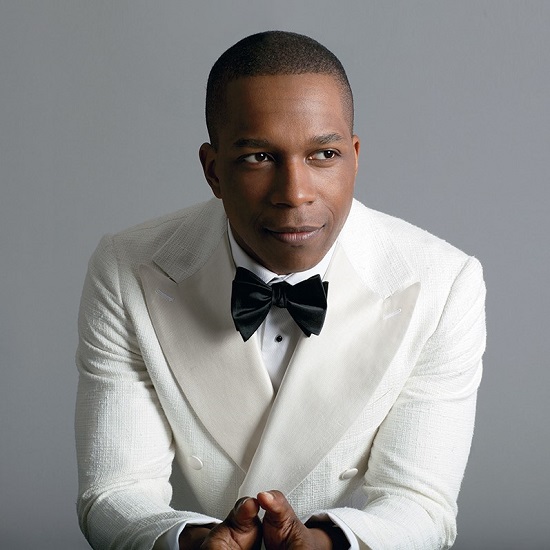 Although his Tony and GRAMMY-winning role in Hamilton made him a huge star, Leslie Odom, Jr. has proven that his talent isn't confined to the Broadway stage. The gifted artist has released a jazz album, a Christmas project, done a bit of acting (on the big and small screen) and had his first book published this past March. Toss in an in-demand performance schedule, plus his forthcoming new album, and one might wonder if the bright lights of Times Square are permanently in his rear-view mirror.

Not to worry, he hasn't forgotten his musical theater roots. In fact, our first preview of his upcoming project is a song from the play where he made his Broadway debut, Rent. Yes, that Rent, Jonathan Larson's award-winning tour-de-force based on Puccini's La Bohème. The song, "Without You," was a duet sung by characters Mimi and Roger during a pivotal point in the original play. Leslie began performing the heartwrenching song on the road last year, and admits via press release that he "was eager to get into the studio to record and release it ahead of his new album."

Odom's rendition of the tender ballad elicits chills from the very first measure as his flawless vocals shine against a backdrop of acoustic guitar and bass. As the score gradually builds, his timbre gains muscle, getting stronger and stronger. Strings soar, drums boom and a clarion tenor voice rings out, delivering a satisfying swell of emotion before the song's end.

Listen to Leslie Odom, Jr.'s amazing cover of "Without You" below, followed by a "love letter" styled lyric video. The song is available for purchase ahead of the new album, which is due in the fall. In the meantime, you can visit his website to keep up with his concert schedule and purchase his book Failing Up: How to Take Risks, Aim Higher, and Never Stop Learning.