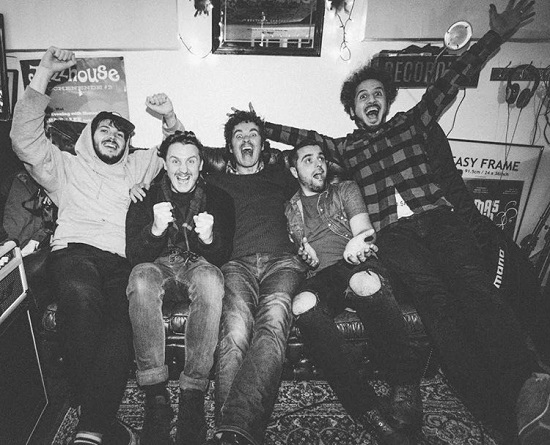 Mamas Gun's new album, Golden Days, is almost over. The set will arrive next Friday and promises to keep their brand of 21st-century soul front and center. And just in case the album's lead single "London Girls" didn't assure you of that, they're dropping brand spanking new track "On The Wire" as the set's next release.

"On The Wire" features a tight arrangement of bass, horns and guitars that evoke the sounds of the '70s soul. It's a fitting backdrop, as they also channel the political leanings that music of the era often dealt with. The song questions the motivations and thinking of people "moving too fast in the wrong direction" who refuse to look at the bigger picture when making decisions. Of course this immediately makes one think of the current political climate both in the UK and US and the constant cries of "fake news" and "alternative facts" being spewed in political discourse.

"The lyrics to ‘On The Wire’ were written in the haze of media misinformation and heated debate in the weeks leading up to the so-called ‘Brexit’ vote," Andy Platts, the band's lead singer, said in a press statement. "It was a rally cry for people to think carefully, to make their decision rationally and not on the throw of some emotionally loaded dice fueled by a misguided sense of patriotism.”

Check out Mamas Gun's "On The Wire" below and look for Golden Days to drop on May 18th.