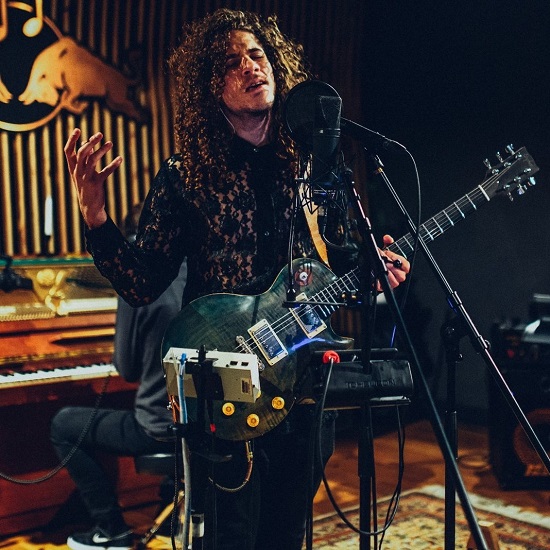 Dutch singer/songwriter/musician Mar has been known to entice listeners with his seductive vocals and quiet intensity. And while he continues to woo us with incredible collaborations, his solo work began to take on a more introspective turn with the 2015 release of When We Meet. The loss of his father inspired tracks like "Long For You" and laid the foundation for a second collection called Things Will Be late last year. The artist revisited the project, which he co-produced with Aston Rudi, during a stop at Red Bull Music Studios back in March and now we get to hear the end result of that session with his new project Things Will Be EP (Live at Red Bull Music Studios).

Mar chose to highlight the album's most personal tracks for the live recording. On "Spaceship," he delivers an extension of himself as he experiments with various fusions of sound. He describes the song as "creative freedom," and further explains, "It has a couple of themes...All of them parts I love. I hear earth. Heaven. Wavy things. Big African vibes. Close harmony vocals. All which is part of me.”

The second song is a harmonic synthesis of "Storm" and "Love Outro." The artist explores his feelings of pain and profound sorrow after his father's passing, singing, "Suicide on my mind / Been here once before / He was there to save me / But now he is gone." Rather than wallow in despair, he chooses to remain hopeful that brighter days are ahead. Via the Red Bull Music Uncut series, he reveals, "I made the track 'Storm' after I lost my father. He was an amazing person to me and a great friend. He taught me how to play, understand and communicate through music. The track represents how I felt at that time, my darkest state of mind. On the 'Things Will Be' EP I end with a positive touch, the song 'Love Outro'. To really tell a story, I wanted to combine those two tracks, because they amplify each other."

Listen to Mar's musical catharsis below and keep scrolling to see video of "Storm + Love Outro (Live)." Things Will Be EP (Live at Red Bull Music Studios) is available for download via Bandcamp.


TAGS:  Aston Rudi, audio, mar
Previous: Moses Sumney Gives Us An Extended ‘Make Out’ Session Next: R+R=NOW Introduce Themselves With ‘Change Of Tone’ & ‘Colors In The Dark’ From Debut Album ‘Collagically Speaking’