Mary J. Blige Shares ‘Stronger Than I Ever Was’ From The ‘Sherlock Gnomes’ Soundtrack 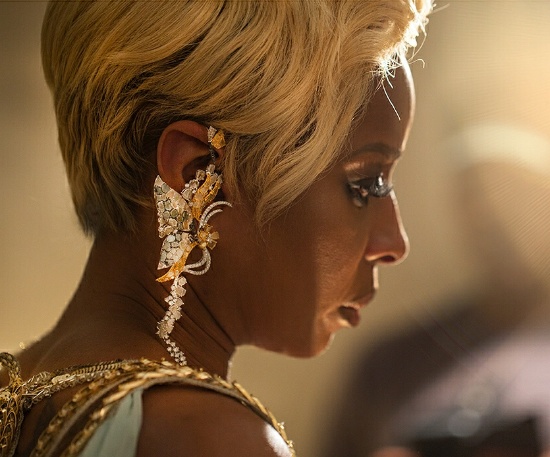 Mary J. Blige is quickly becoming more than just the Queen of Hip-Hop Soul. She's coming for her acting accolades, too. After her Oscar-nominated role in Mudbound, turning up on The Wiz Live as the Wicked Witch of the West and many recent TV appearances, she's now voicing the character of Irene Adler in the animated film Sherlock Gnomes. Of course, Mary couldn’t just lend her voice to the character without contributing to the soundtrack. In a song written Sir Elton John, inspired by her real-life relationship troubles and those of her character, we have a lively song full of drama, drama and more drama where Mary tells a certain someone she’s “Stronger Than I Ever Was.”

“Stronger Than I Ever Was” is a hand-clapping, finger-snapping, foot-stomping juke joint anthem about living your best life in spite of those trying to keep you down. MJB even gets petty by saying, “I never really liked you anyway.” But sometimes it’s like that. If it wasn’t for the bridge, we wouldn’t know it was part of the soundtrack to a kids movie. With sound, fury and much attitude, Mary declares, “I wasted a lot of time on this foolishness, running behind you Sherlock Gnomes! See you ain’t nuthin! And I’m everything!” While we haven’t watched the film and aren’t sure of the full context of that line, we know somebody’s feelings got hurt. That hurt us a little, but not Mary. Sounds like she’s just fine, fine, fine.

Listen to Mary break it down on "Stronger Than I Ever Was" right here, and check her out in Sherlock Gnomes in theaters now.