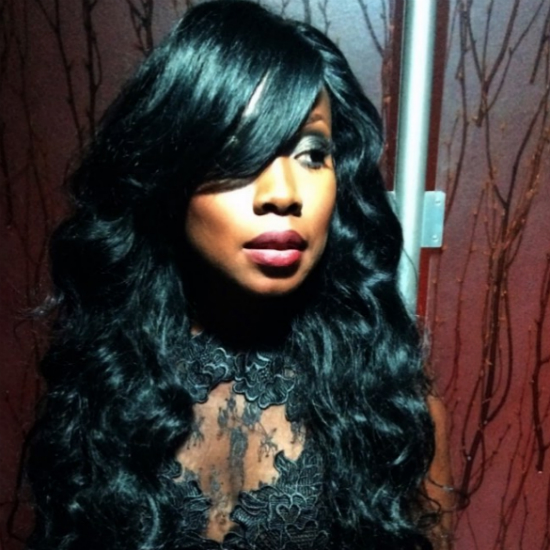 Singer, songwriter and ex-reality star Meelah has kept her name in everyone’s mouth with a steady stream of loosies in anticipation of an album from the former girl-group lead. The singer recently signed to Musiq Soulchild’s Soulstar label and released the track “Desert Love.” Now the singer is back with sultry mid-tempo slow jam “Now You’re Mad.”

On “Now You’re Mad,” Meelah is confronting a jilted lover who feels some kind of way now that she’s moved on. Over synth strings, guitar licks and subtle drums, Meelah lets her ex-man know just why he’s her ex. “I gave you way too many second chances / Even though I was a blessing / Always said I had you stressin' / Switched up, guaranteed I learned my lesson” she sings on the track's chorus while giving us breathy vocals over the percolating beat.

“Now You’re Mad” is the latest single from Meelah’s long-awaited solo debut album. In addition to preparing her one-woman show, the former teen star recently reunited with her group mates in 702. The trio is now touring the country and will probably hit up a venue near you soon. For now, hit play and let us know if you’re feeling Meelah’s latest.


TAGS:  702, audio, Meelah
Previous: Jessie J’s ‘R.O.S.E.’ Blooms & She Celebrates With Performance Of ‘QUEEN’ On ‘Late Late Show’ Next: VanJess Has Us Hooked On Their Many Looks In ‘Addicted’